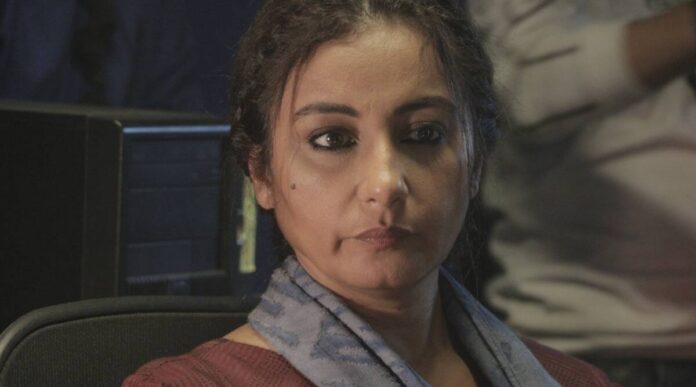 Divya Dutta is an actor known for her impactful performances in many movies and tv shows. She started her career in 1994 with the Bollywood movie Ishq Mein Jeena Ishq Mein Marna. However, the film was not a success, and she had to wait for three more years to finally get the fame and recognition she deserved. Her lucky break came with the 1997 Punjabi film Shaheed-e-Mohabbat Boota Singh. Since then, Divya Dutta has never looked and won various awards for her roles in the movies.

Throughout her illustrious career, she has worked in Bollywood, Hollywood and Punjabi film industries. Divya Dutta is working on a new movie called Sheer Qorma, which will be released later in 2022. Recently, Divya Dutta portrayed a villain in her latest movie, Dhaakad, which also featured Kangana Ranaut and Arjun Rampal. She does not shy away from any role, irrespective of the emotions the character is supposed to evoke.

Here are the 10 best Divya Dutta movies that you should watch:

Irada, released in 2016, features Naseeruddin Shah and Arshad Warsi in leading roles. Divya plays the supporting character of Ramandeep Braitch, a Chief Minister. It was received favourably by the critics. Divya Dutta won the National Film Award for Best Supporting Actress for her role in this movie.

Chalk n Duster is a light-hearted dramedy. The film follows Jyoti, a school teacher who stands up for her colleague unfairly dismissed colleague Vidya. Divay Dutta portrays the negative role of Principal Kamini in this movie. The movie was not a success at the box office, but it received positive reviews from audiences and critics.

Heroine, released in 2012, was a women-centric film that was considered outrageous at the time of its release. Divya Dutta portrayed the vital character of publicist Pallavi in Heroine. The movie shows the struggle of an actress in her personal life behind the glamour that’s portrayed to the general public.

This movie is inspired by a real-life love story between a Punjabi guy and a Muslim girl during the bloodshed of partition in India. Divya Dutta played the role of Zainab, who Boota Singh rescues. They fall in love and get married, but the circumstances do not play out the way they had wanted. The film won a National Award for the best Punjabi feature film.

Jhalki has premiered at various international film festivals. The movie focuses on India’s cruel world of human trafficking and child slavery. It has received positive reviews from critics and audiences. Jhalki, the titular character in the film, is a 9-year-old girl who sets out on a journey to find her 7-year-old brother.

Currently not Streaming on OTT Platforms

Monica traces the story of a woman who was abused in her childhood. The film shows Monica as an ambitious girl who wants to rise to the top no matter what sacrifices she has to make. She becomes a journalist, and this creates a rift between her and her husband, who is also a journalist. Divya Dutta plays the titualr role in this movie.

The epic love story that featured Shah Rukh Khan and Preity Zinta in primary roles had Divya Dutta as a supporting actress. Divya plays Shabbo in this film. She received a Filmfare nomination for the best actress in a supporting role. The movie has become a cult classic over time.

Another film for which Divya received a Filmfare nomination for Best Actress in a Supporting Role. She essayed the role of Jalebi in this movie. The film was a huge success and was hailed by critics for portraying cultural beauty with finesse.

The biographical drama that showed Farhan Akhtar playing the titular role was a movie that garnered colossal success all over the world. Divya Dutta played Milkha’s sister in this film. Her characterisation was praised, and she received several nominations for Best Actress in Supporting role.

Sleeping Partner is a poignant short film that touches upon the sensitive topic of marital rape and domestic violence. The film was released by Flipkart Video and received critical praise for its gripping storyline. Divya Dutta portrayed Beena, a woman trapped in a toxic marriage and struggling to find a way to somehow get out of the relationship.

Note: Divya Dutta has also worked in famous web series like Special Ops and Hostages, which you can stream on Disney+ Hotstar.

Ranveer Singh attended the SIIMA Awards 2022 this last weekend in Bengaluru. The actor shared pictures from the...
Entertainment