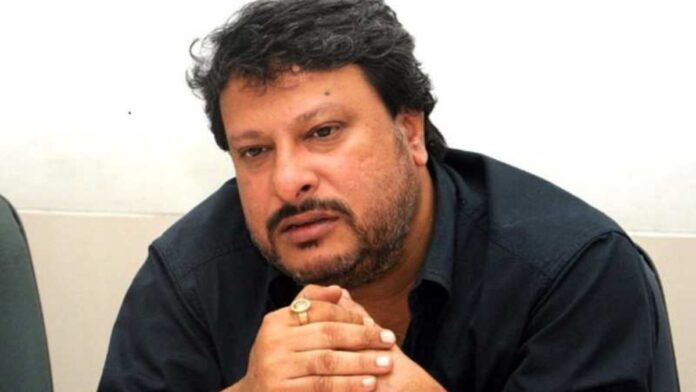 Tigmanshu Dhulia, a highly versatile filmmaker and artist who came to the limelight after his portrayal of Ramadhir Singh in Anurag Kashyap’s Gangs of Wasseypur, is still perhaps the most underrated dialogue writer, director, producer, actor, screenwriter and artist. Tigmanshu Dhulia has directed and written some of the most memorable dialogues in impactful Bollywood movies. He has won several awards for his direction, including a National award for Paan Singh Tomar.

Many might not know that before Tigmanshu Dhulia started making movies, he was inclined to music. He, along with a group of few people, actually had a music band that played songs on various occasions. However, things changed, and he finally ended up in Bollywood. Not to forget, Tigmanshu Dhulia and his wife have a pretty interesting story that you should definitely know. Here, in this blog, we take a look at the journey of Tigmanshu Dhulia from Ahmedabad to Delhi to Mumbai.

Tigmanshu Dhulia comes from a family of highly educated individuals. His father was a lawyer in Allahabad, while his mother was a teacher of Sanskrit. He is the youngest of three brothers in his family. Both of his elder brothers are highly educated and well placed.

One of his brothers is a judge in the Supreme Court of India, while the other holds a vital position in the Indian Navy. Tigmanshu was born and raised in Allahabad, while his brothers Himanshu and Sudhanshu were born in Dehradun. He considers himself a pahari by descent as his mother and father had shifted to Allahabad when his father started practising law in the state.

Tigmanshu Dhulia has a deep fondness and respect for the culture and secularity of Ahmedabad. Of course, he was born and raised in the city, which certainly makes a difference in his inclination toward the city.

His first opportunity in theatre arose in Ahmedabad when he was in the 11th standard. He was influenced by his brothers, who also indulged in the world of art and cinema. Tigmanshu credits Ahmedabad for promoting a theatre culture that shaped the lives and values of many people in society.

Tigmanshu Dhulia- The Guitarist and Musician 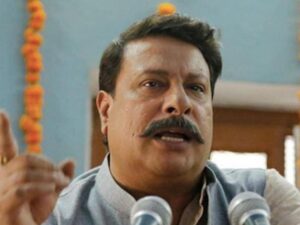 Tigmanshu Dhulia was drawn to music and formed a band in which he acted as a guitarist during his college time in Ahmedabad. His group was named Paranoid. He was even the lead singer for the group. He learnt to strum the guitar after his brothers had done so.

Tigmanshu and his band usually like to play western songs, but on a few occasions, they played at Durga Pooja and other auspicious ceremonies as well. His connection with music was broken after he came to Delhi when he enrolled on the National School of Drama.

The Emotional Connection of Tigmanshu Dhulia with his Father:

Tigmanshu Dhulia’s father was a lawyer who rose to the position of a high court judge in Ahmedabad after years of service. However, he could only act as the judge for less than a year as he suffered a heart attack.

Tigmanshu Dhulia had described the incident as something that happened before him and shook his entire life. On the night his father suffered a cardiac arrest, Tigmanshu was asked to come to college by his seniors for ragging. But he returned to his home due to a gut feeling. His premonition came alive when his father died in front of him.

Tigmanshu Dhulia had always loved movies. In particular, he was fond of films which had rash and realistic characters. He applied to the National School of Drama after completing his graduation and got selected on the first attempt. He moved to Delhi and started studying filmmaking and acting. He shared a room with the actor Sanjay Mishra during his time at the National School of Drama.

Dhulia’s most significant break in Bollywood came when he was hired as the dialogue writer for the cult film Dil Se.. which starred Shah Rukh Khan. He auditioned for the role of the writer after he was called by the filmmaker Mani Ram. His dialogue writing impressed Mani Ram, and his first big break that became a foundation for his success was finally realised. Currently, Tigmanshu Dhulia is working on the script of Dabangg 4 for Salman Khan.

The Interesting Love Story of Tigmanshu Dhulia and his wife:

Tigmanshu had fallen in love when he was studying in the 8th standard in Ahmedabad. He came in contact with a girl named Tulika and connected with her on every level. However, Tulika was left alone in Ahmedabad after he moved to Delhi. Tulika’s family pressured her to get married, so she decided to take a bold step and leave her family behind to come and meet Tigmanshu in Delhi.

The couple finally arrived at the solution that they should get married to affirm their relationship in front of Tulika’s family. Tigmanshu Dhulia had to get an x-ray of his hip bone to ascertain his age to get married by the court due to not possessing the birth certificate. Tigmanshu Dhulia has a daughter named Jansi with his wife, Tulika.

Previous articlePrafull Billore aka MBA Chaiwala: From an MBA Dropout to an Influential Businessman
Next article10 Best Divya Dutta Movies that Proves Her Natural Talent for Acting
Virat Verma

Jitendra Kumar is one of the rising stars in the Hindi film industry. He has made a name...
Lifestyle

Rajkummar Rao and Patralekhaa cannot get enough of their wedding photos. On the other side, we haven’t gotten...