World Rabies Day 2021: History, Theme, Significance, and All You Need to Know 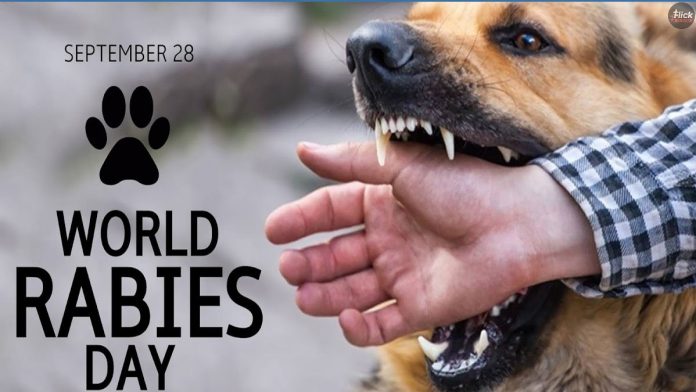 September 28 is a day of celebration of World Rabies Day to aware the public about rabies infection and mark the death anniversary of Louis Pasteur. Pasteur was a French Biologist, Microbiologist, and Chemist who developed the first rabies vaccine.

The main aim of celebrating this day is to spread awareness about the impact of viral disease and its prevention. This disease might be fatal, but it is preventable. It is a communicable disease that spreads to people and pets. 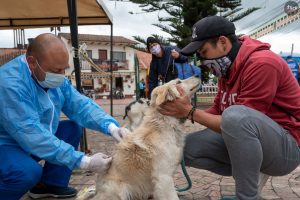 What is Rabies Disease?

Rabies is a communicable/naturally transmitting disease that is spread from a rabid animal to a human. The reason for its cause is the Rabies virus. This virus infects the overall central nervous system of the body and causes progressive inflammation of the brain and spinal cord.


The two forms of Rabies are Furious Rabies and Paralytic Rabies. Furious Rabies is characterized by hyperactivity and hallucinations, whereas, Paralytic Rabies is characterized by coma and paralysis. A person might lose his/her life if the virus reaches the brain. Therefore, the infected person should visit the nearest hospital as soon as possible after the direct exposure.

Thanks to Louis Pasteur that the action of Rabies is now preventable and it’s easy to avoid deaths as well. Still, thousands of people die every year according to World Health Organization (WHO). There is a couple of ways to stay safe from Rabies infection.

Either animal must undergo vaccination and people should immediately seek treatment, or they should stay away from wildlife. These are the easiest and most common ways to prevent yourself from the infection.

For the first time ever, World Rabies Day was celebrated on September 28, 2007. The event celebration was a collaboration between the Centre for Disease Control and Prevention, USA, and the Alliance for Rabies Control, along with the World Health Organization (WHO).


All these organizations claimed this day to be World Rabies Day after the entire world suffered from the adverse effects of the rabies virus.

What is the Significance of World Rabies Day? 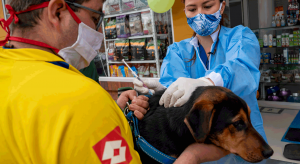 The main objective of this day is to spread awareness among people about the negative impact of the rabies virus on humans and animals. Also, necessary tips and advice on how to prevent this disease immediately it enters the body and controls its spreading.

This day will also draw people’s attention to better care for animals and how to deal with the deadly disease.

Benefits Of Having Dogs Around You And Your Kids

What is the Theme for World Rabies Day?

This year’s theme for World Rabies Day is going to be ‘Rabies: Facts, not Fear’, by inculcating facts into the people and make the society fear-free. There are numerous myths and false information about Rabies that need immediate eradication from society.

Previous article
Canada Is Ready For Open Direct Flight From India, Know The Details Now
Next article
Hotstar To Merge Its Content With Hulu and ESPN+ For US Audience
Flickonclick

Up until March 2020, many smartphone brands have experienced major leaks of specifications and render images. Yesterday, Xiaomi's...
Entertainment

Thunivu is a thriller movie that focuses on heist drama. It will release in the theatres on 12th...
Entertainment

Five Top Pet-Friendly Cafes In Mumbai That You Should Visit

Do you have a pet? So, you must definitely be wondering if there are some places apart from...
Entertainment

Numerous OTT platforms have been growing day by day with their thrillers and Mystery web series. Sony LIV...
News

Every time we hear something about the launch of Nokia's new installment, the Nokia 9.3 PureView launch delayed...
News

Noida Under Lockdown till January 31: No Protest, No Private Drones Allowed