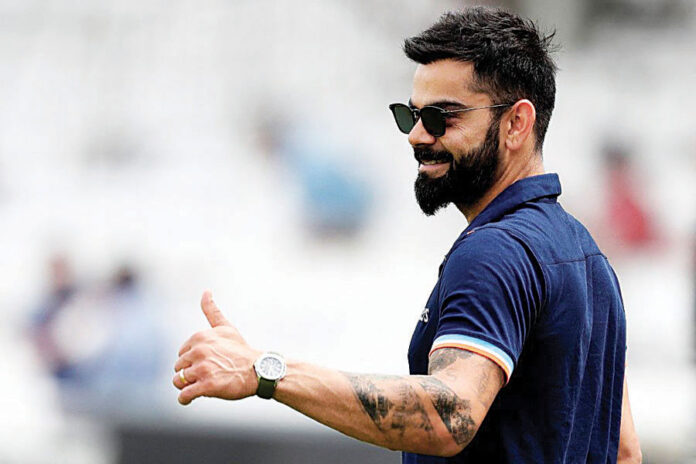 Virat Kohli is the second-richest cricketer in the world after Sachin Tendulkar with a net worth of Rs 1125 Crores which translates to the US $136 Million. He is currently the richest active cricketer in the world. Recently it was revealed that Kohli charges Rs 8.9 Crores per sponsored post on Instagram.

Virat Kohli Net Worth: From Where Does He Accumulates the 1125 Crores?

Virat Kohli is currently part of A+ grade players in the Indian setup which guarantees him an annual salary of Rs 7 Crores. He also gets Rs 15 Lakhs as salary from the BCCI per month for representing India in international matches. On top of that, he also rewards in the form of a player of the match award.

Indian Premier League has been a boon for the Indian cricketers. Till now Virat Kohli has earned a whopping amount of Rs 158 Crores from his IPL stint with Royal Challengers Bangalore. Currently, he is retained by RCB in IPL 2023 for Rs 15 Crores which makes him one of the highest-paid cricketers in the league.

Virat Kohli owns two houses. He spends most of his time in his Mumbai home which is valued at Rs 35 Crores. His other house is located in Gurugram. The cost of the Gurugram Bungalow is estimated to be over Rs 80 Crores. Kohli also owns many cars including Audi R8 V10 Plus, Audi R8LMX, Audi RS5, Audi Q8, Renault Duster & Land Rover Vogue.

The net worth of Virat Kohli is Rs 1125 Crores because he also owns quite a few brands like Wrogn, a chain of restaurants in Delhi and a chain of gyms as well. He is also the co-owner of FC Goa in the ISL (Indian Super League) and UAE Royals in the IPTL (International Premier Tennis League).

Virat Kohli is signed as a sponsor for these brands:

Reportedly he signed a Rs 100 Crore deal with MRF in 2017 to endorse their sticker on his bat in the games he plays in IPL and international cricket.

With a net worth of Rs 1125 Crores, Virat Kohli is currently one of the richest athletes in the world. He is often hailed as the Cristiano Ronaldo of cricket by his peers and fans.

Ranbir Kapoor has a massive net worth of Rs 350 Crores which equals US $43 Million. He is...
Entertainment

One of the most lovable Jodi of Virat Kohli and Anushka Sharma has shown the world that they...
Entertainment

Kapil Sharma Net Worth, Salary, Cars, House, Income and More. The net worth of Kapil Sharma from all...