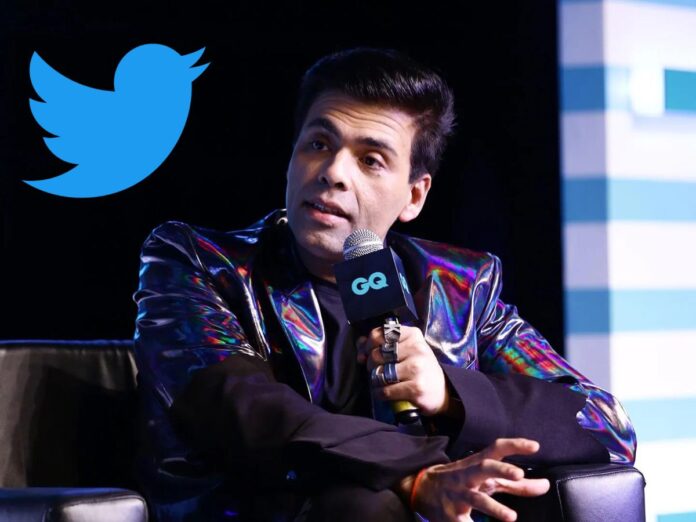 Karan Johar the ace Bollywood director who is always in the news for one reason or another has announced that he is quitting Twitter to pay attention to his mental health and invite more positive energy into his life. Recently Karan Johar talked about his mental health issues during the last episode of Koffee With Karan.

He revealed how he was once detached from reality and everything around him turned completely depressing. During those tough times, he turned to therapy which ultimately helped in healing him and bringing light to his life which was being weighed down by the dark energy.

Many Twitterati came in his favour. One user wrote, “Making way for positive energy is always a good sign, May you find what you are looking for.” While another user wrote, “KJO never fails to inspire his followers by taking the road less travelled. He has highlighted mental health is more important than anything in life with this appreciable move of his.”

Notably, Karan Johar remains active on the social media platform Instagram. He was often been labelled as the flag bearer of nepotism in Bollywood by many social media users on Twitter. KJO released a statement on this issue as well during the last episode of Koffee With Karan.

He said, “I built some kind of thick skin over the years. Honestly, it doesn’t bother me the way people think it should bother me when I read stuff that is completely putrid, awful. They come down to even abusing my kids. Those are times when I feel like f***, just leave them out of it. I’m like, you can say whatever you want about me, my sexuality or about all the conspiracy theories they have that are really down and dirty. It really doesn’t bother me and it’s not like I have not been in therapy and I haven’t had issues in the past.”

The government ordered Twitter to ban 1,178 accounts immediately which are responsible for spreading misinformation on the farmer's...
Entertainment

You cannot avoid the thrill and craziness of Koffee With Karan if you are a fan of Bollywood....
News

The government ordered Twitter to ban 1,178 accounts immediately which are responsible for spreading misinformation on the farmer's...
News

Twitter has a new tool that has been released that allows users to pin their direct messages. Twitter...