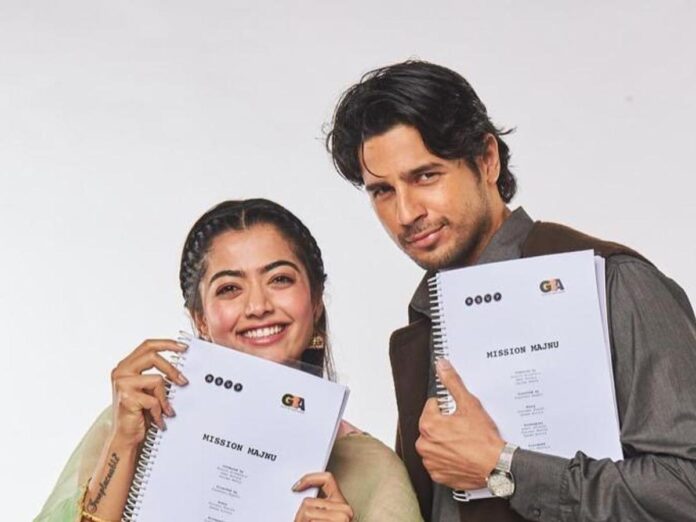 Shah Rukh Khan, Deepika Padukone, and John Abraham starrer Pathaan is releasing in the theatres on 25th January 2023. SRK is making a comeback after almost four years with this spy action thriller that will make him a part of the YRF spy verse. The movie is one of the most hyped Bollywood movies of recent times. Recently, a song from the film was released, and it became an instant hit among the viewers. Shah Rukh Khan plays the titular role in this movie.

Kuttey is one of the most awaited upcoming Bollywood movies releasing in January 2023. The film is officially scheduled to release in the theatres on 13th January 2022. The movie features Arjun Kapoor, Tabu, Naseeruddin Shah, Konkona Sen Sharma, Kumud Mishra, Radhika Madan, and Shardul Bhardwaj. Anurag Kashyap, the director, is also going to play a key role in the film.

After several delays finally the much-awaited Bollywood movie featuring Sidharth Malhotra and Rashmika Mandanna is going to release directly on the OTT platform Netflix on 20th January 2023. The story takes place in the 1970s, and it follows an Indian spy as he undertakes a dangerous operation to reveal a secret nuclear weapons development deep within Pakistan.

Soon, you may see John Abraham and Manushi Chillar, who won the title of Miss World in 2017, in the upcoming Hindi film Tehran. After making her Bollywood debut in Samrat Prithviraj with the industry’s comedy king and Khiladi, she has been cast in the next film Tehran. The film’s genre, an action thriller, has been officially confirmed. Additionally, the film is scheduled for release on Republic Day, which falls on January 26, 2023.

This film will show how two people from separate social movements at the time, Mahatma Gandhi and Nathuram Godse, held radically different views. Produced by Manila Santoshi and helmed by Rajkumar Santoshi, the film will have music by AR Rahman. On January 26, 2023, it will hit theatres. They have not disclosed any further information. In addition, Rajkumar Samthoshi, who has been absent from the business for the past nine years, is returning to it. After delivering such a massive hit to the industry with true and serious based stories, I have high hopes for this film.

On January 27, 2023, you can purchase Who Am I. A student of philosophy, Bhavitavya has many unanswered queries concerning the nature of reality. After the death of his favourite professor, Bhavitavya begins to question his identity and the purpose of his existence. Chetan Sharma, Rishika Chandani, and Surendra Rajan are the film’s stars.

Phone Bhoot Review: The film is fun and filled with crazy madness. A complete family entertainer that showcases...
News

The Bengaluru police detained Siddhanth Kapoor, the son of Bollywood actor Shakti Kapoor after he tested positive for...