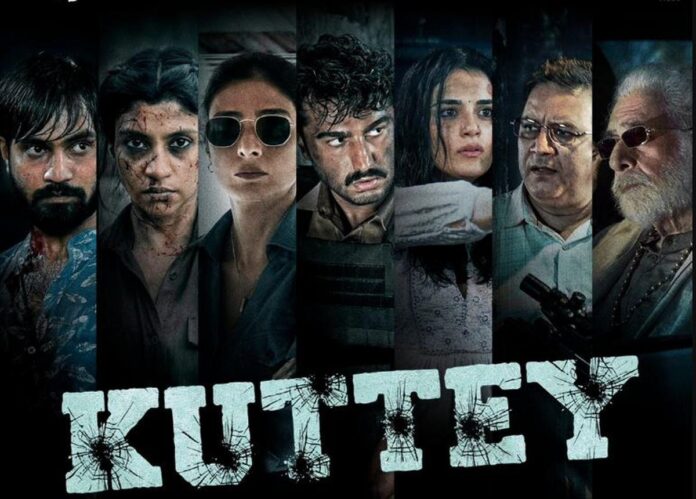 Kuttey is going to release in the theatres on 13th January 2022. The posters of the movie and a trailer were recently released, and the film surely looks promising. Arjun Kapoor will play a double agent in the film, and Tabu will be seen in a fierce avatar in the movie. The cast of Kuttey, which includes Arjun Kapoor, Tabu, Radhika Madan and more, is charging a huge amount of money as their salary for the film. Here we have covered in detail the fees paid to Kuttey actors.

Veteran actor Naseeruddin Shah who is going to play a very important role in Kuttey is charging Rs 45 Lakhs as his fee for the movie. The new-age actor Radhika Madan is reportedly being paid Rs 75 Lakhs for the film. Konkona Sen Sharma is being paid Rs 40 Lakhs for the film. Kumud Mishra is also taking home a handsome account of Rs 30 Lakhs to his home as his salary for Kuttey.

Kuttey is a thriller directed by Aasman Bhardwaj, the son of Vishal Bhardwaj. The movie is produced by T-Series and Luv Films.

The much-awaited film of the late actor Sushant Singh Rajput and Sanjana Sanghi 'Dil Bechara' has finally been...
News

Kiara Advani is one of the top actress going around in bollywood right now. Along with her  mind...