Google has finally unveiled the new Google Pixel smartwatch series for its users worldwide. After many speculations been made in the last few months, the tech giant has been launched. The new Google Pixel Smartwatch features the Android Wear OS and hosts a smart rounded UI screen. 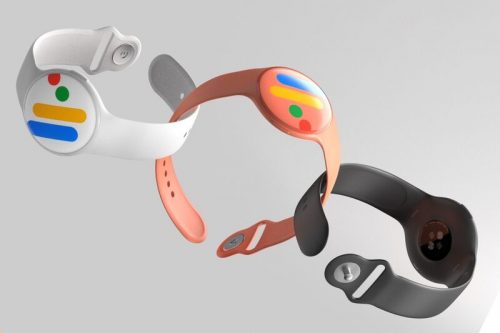 The company jumped into the mobile segments with the Google Pixel smartphone series, which became popular and is one of the best smartphones available in the market.
But, with nothing to say upon their smartwatch segments, the company had kept the mum word until yesterday.

The new Google Pixel smartwatch comes with a classic rounded-dial design that hosts a glassy screen outlet. Though the company has not revealed about the dimension, users can expect the dial to be somewhere around
1.4 to 1.6-inches in diameter.

Also known as the Pixel Watch, the new Google watch features a soft-touch area that delivers a smooth tactile finish. Also, Google has introduced an Always-On mode that enables the matte glass screen to always match the wrist band’s color when the feature is on.


The new Always-On mode also allows the user to connect their smartphones via Google Assistant and enable a seamless user experience. One major advantage of this mode is that, unlike other smartwatches, the Pixel Watch will display an analog when display while turning off the screen.

So you never have to tap on it to look upon the timer. The watch also features the Google’s top-notch voice AI, all of Google’s native apps, and a heart-rate monitor on the back, that ties in well with Google’s plan of acquiring Fitbit and the company’s entire fitness-tech ecosystem.

As per the official images, the Pixel Watch will feature three minimalistic color options Milk White, Sweet Papaya, and Boba Black. Though the company has not shared anything about the water, dust, and sweat-resistant feature, it is speculated that the watch will be seen with an IPX rating as well.

Have you ever posted something embarrassing on Facebook a long time prior and need to get rid away...
Technology

Bose is launching their first-ever wireless earbuds, the Bose Earbuds 700 edition. The company has jumped in the...
Technology

OnePlus Nord 2 5G has entered the tech market and got launched on Thursday. Some modifications have been...
Technology

Cyberattacks, privacy invasions and data thefts are becoming more familiar with the passage of time. News of cyber...