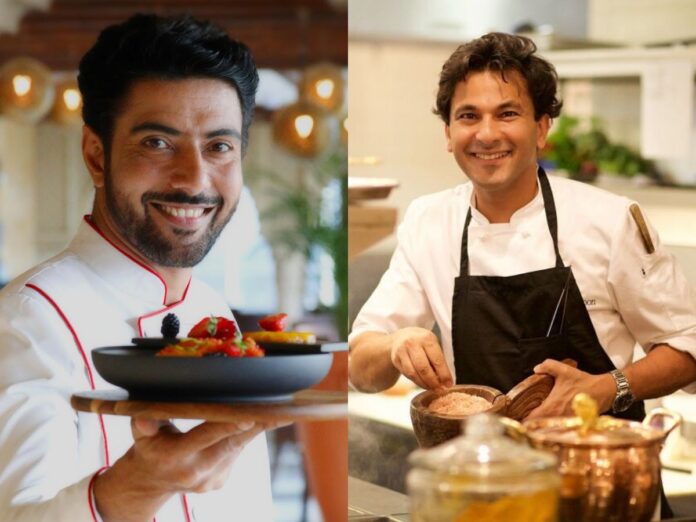 Chefs who can turn even the most absurd of ingredients into something exciting to see and delightful to eat are a rare commodity all over the world. However, India has managed to produce some of the finest chefs that the world has ever seen. Sanjeev Kapoor is a name that you must have come across if you love food like us. Here we are counting the best chefs in India and also listing their handsome salaries that will definitely surprise you.

One of the few Indian chefs who have got the prestigious Michelin star for his expertise in cooking, Vikas Khanna is known throughout the world for his skills. His Kandhai Paneer is considered to be his masterpiece as he perfected it after practising for years. He has a net worth of close to US $80 Millions and earns about US $83,000 as his salary per month.

The celebrity chef has inspired trends all over India with his culinary skills. He is often seen on TV and even ran a show where he used to display how to make some exciting dishes. Sanjeev Kapoor reportedly earns Rs 25 Crores from all his ventures as a salary per month. His estimated net worth exceeds Rs 1000 Crores.

Vineet Bhatia is also among the few best chefs in India who have a Michelin Star to represent his fine cooking style. He is a traveller who goes from one location to another to find new cuisines to try and emulate. Vineet reportedly earns the US $35,000 per month and has a net worth of over US $10 Million.

Garima Arora is the first Indian woman chef to be given the prestigious Michelin Star. She has quickly risen to be one of the most famous chefs in India. Her dish named Corn is an interesting take on Indian bhutta that went viral in the culinary world. She has a net worth of US $5 Million and earns about US $20,000 per month as a salary.

One of the top chefs in India Ranveer Brar got immense popularity during the nationwide lockdown. His videos went viral on Instagram and YouTube. He has formerly judged the Indian reality show Masterchef India. Brar reportedly earns Rs 40 Lakhs per month as a salary.

An excellent Indian woman chef who rose to fame by winning the Masterchef India title at the age of 29. Shipra is also an author and has run her own show on TV. She is known for her baking and fusion food. Her net worth is estimated to be US $5 Million and she earns the US $40,000 her salary per month.

Vicky Ratnani won the best Indian chef of the year award in 2015. He has a show called Vicky Goes Veg that airs on NDTV. He is the brother of famous Indian celebrity photographer Dabboo Ratnani. He loves using Indian spices in his dishes. He has a net worth of US $3 Million and earns the US $30,000 as his salary per month.

Another Indian chef has been felicitated with a Michelin Star, Atul Kochhar is definitely one of the best chefs in India in 2022. He actually holds two Michelin Stars for his brilliant culinary skills. Atul has a net worth of US $4 Million and earns the US $30,000 as his salary.

Kunal Kapur is one of the most well-known chefs in India. He has participated as a judge in the reality tv show Masterchef India on many occasions. His caramel custard and besan laddoo recipe are loved by all food connoisseurs. He earns the US $50,000 as his salary per month and has a colossal net worth of US $72 Million.

Last but least on the list of best chefs in India is Saransh Goila the man who is known for his contemporary Indian food. His Goila butter chicken is a recipe that has got its own fan following. He earns an estimated Rs 12 Lakhs per month and has a net worth of US $3 Million.

Google for India, the sixth annual event held today. Due to COVID-19, it was a virtual event for...
Lifestyle

Road trips are one of the best ways of exploring a place with friends, family or even solo....
News

On 15 December 2021 passed a proposal to raise the legal minimum age of marriage for women from...
News

The 'DineOut' is back with an exclusive discount this February on 10,000 and more restaurants across 20 cities....
Entertainment

Delhi is a food lover’s hub, and speaking of shahi paneer there is an end number of restaurants...
News

Losing your PAN card or getting it scratched beyond recognition is something that you should have fear. The...