Sanjeev Kapoor is one of those people who does not need an introduction. And if you are a food lover, then you must surely have an idea about Sanjeev Kapoor.

Sanjeev Kapoor is one of those names that is always associated with one of the best Indian chefs. And apart from his delicious food and its recipes, his life journey is also something to know about.

How Did Sanjeev Kapoor Enter The Culinary Industry?

In many interviews, Sanjeev Kapoor revealed that he had always wanted to join the culinary industry. And for this, he had taken up a hotel management course, where he did exceptionally well.


Moreover, because of his exceptional performance, he also received three offers there. One of the three offers was on a flight kitchen, which he refused after working there for a day.

Another of the three offers was by a big chain firm in Mumbai. This firm offered positions to freshly graduates from diverse states. So, Sanjeev Kapoor joined the ITDC hotels then.

In an interview, Mr Kapoor said, “The road map you have made for yourself and what you consider important milestones to reach the goal. Decide how to break established paradigms.”

He also added along with the road map, your beliefs and realistic expectations are also important to reach your goals.

Sanjeev Kapoor’s Journey As An Entrepreneur

He was already married by then but had very less saving for starting a business. But, he received a lot of encouragement from his wife and his brother.


So, he started his journey by accepting a position as a chef in a cooking show on Zee Tv. However, this position was not paying much.

Nevertheless, he quickly got many other opportunities like that of a food consultant at factories and companies for spices, chocolates and even pickles.

Moreover, Mr Kapoor found these roles to be much more exciting.  This is because he liked the idea of creating new things a lot.

Journey To Become A Celebrity Chef

In an interview, Sanjeev Kapoor mentioned that he also worked as a Chinese cook. But, he soon realized that to gain global popularity he need to be an expert at what he knew.

So, he started focusing on learning more about Indian cuisine and becoming an expert at it. Furthermore, he worked at and in mere eight years became an Executive chef. A position that a person generally takes up to 20 years to reach.

Thus, his journey as a celebrity chef started. Moreover, he became a celebrity that was known in almost every household after he joined the show Khana Khazana.

Additionally, this show also become one of the longest-running shows for about 17 years.

Also Read: Missing Out On Great Food? Try These 05 Awesome and Affordable Diners In Delhi

Mr Kapoor was also presented with many awards including the Best Executive Chef of India, Padma Shree Award in 2017, Indian Television Academy Award for Best Cookery Show in 2002, 2004 and 2010, and many more.


Sanjeev Kapoor has now become a brand in itself. According to a report, he has a net worth of over Rs 500 crores. Furthermore, he is also the brand ambassador for many famous brands as well.

He has also written a few cookbooks including the Yellow Chilli cookbook. 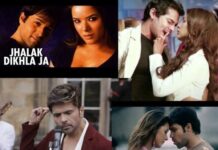