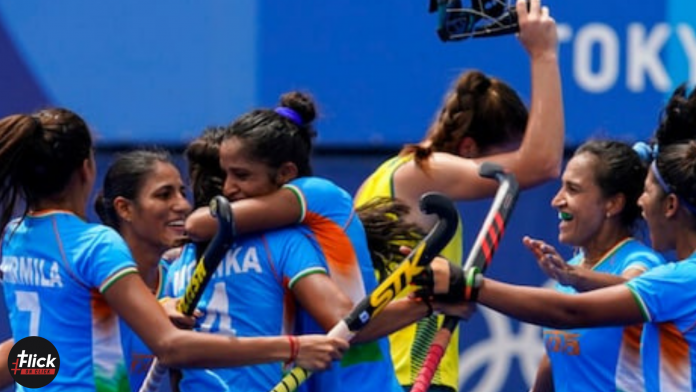 The Indian Women’s Hockey team makes their presence known by emerging victorious against the Australian team with a score of 1-0 after an intense last-eight tie. Three-time champions, a powerhouse to boot, and the favorites to win this whole thing, realizes defeat at the hands of the Indian team, leading to the biggest upset of the tournament. 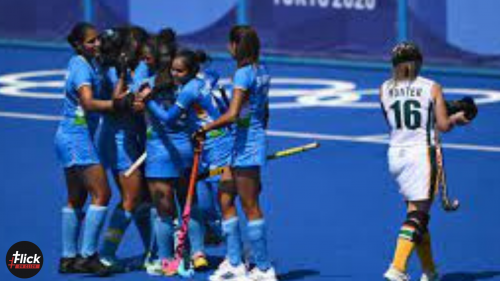 A glimpse of the fierce showdown

Up against such a powerhouse, the Indian Women’s Hockey team showed no signs of backing down and strengthened their resolve and willpower even further to not lose their edge in a mental battle.

Instead of a power-start, the Indian team started slow, and consistently persevered their way through the whole match.

After a long rally with the momentum-changing sides every minute; the Indian team, not seeming to let go of it, grit their teeth to not lose focus and give any opportunity for the Australian team to seize.

Finally, answering their wishes, at the 22nd minute, Drag-flicker Gurjit Kaur made herself a historic moment by converting the penalty corner into their way to the semi-finals.

If Joy, Happiness, and Ecstasy had a face

Right after scoring the final point and creating the biggest upset of the tournament, the Indian Women’s Hockey team screamed and hugged each other with tears of joy finding their way down their cheeks to somehow express and let out the seemingly endless sheer joy in their hearts.
“We are so happy, it is the result of hard work that we put in for several, several days. In 1980, we qualified for the Games but this time, we made the semifinals.

It is a proud moment for us,” Gurjit said post-game. She added, “This team is like a family, we have supported each other and found support from the country as well. We are very happy.”

With this triumph over the Australian powerhouse, the Indian team became the dark horse of the tournament and secured their place in the top four; a feat that will be etched in history and remembered forever as a proud moment for India.

Jahnavi Dangeti, a 2nd engineering graduate from Palakollu in West Godavari, has been fascinated by the wonders of...
Technology

On Monday, the announcement of the Union's Budget bill perturbed Farmers’ Unions and they demanded to repeal central...
News

The Consumer Protection Act (CPA), which was introduced in Parliament back in 2019, is now all set to...
News