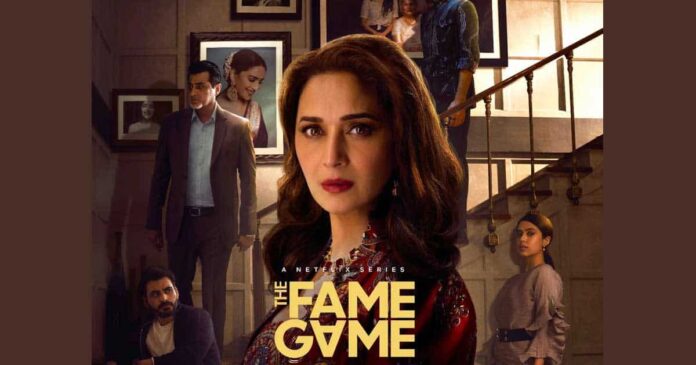 Madhuri Dixit, 38 years into her illustrious career as a performer, will make her digital premiere with Netflix India Original series The Fame Game. The fictional thriller drama revolves around the abduction of Bollywood diva Anamika Anand and how the evil side of her fame is revealed throughout the investigation.

Sri Rao wrote the screenplay for The Fame Game, which was produced by Bejoy Nambiar and Karishma Kohli. The Fame Game (formerly named Discovering Anamika) will transport us to the realm of supermodel Anamika Anand. She seems to have it all, but is her living perfect or a carefully crafted facade? The lines between what is real and what is not are sometimes blurred in a world of glitz, glitter, and fame.

The plot of The Fame Game revolves around a troubled Bollywood household. Nikhil More, a movie producer, is now banking big on a film starring his spouse Anamika and Manish Khanna, the celebrity with whom his spouse once had an affair, to recuperate his rising revenue damage. When Anamika goes missing and no one knows if she is murdered or alive, everything becomes twisty.

To be honest, the platform’s six episodes achieve their goal of keeping audiences interested and fascinated throughout. It’s a program that focuses on Madhuri Dixit’s skills and spends time making and cooking items. You won’t be shocked if you have time, but in an era when thousands of streaming entertainment releases every week, is the viewer patient? 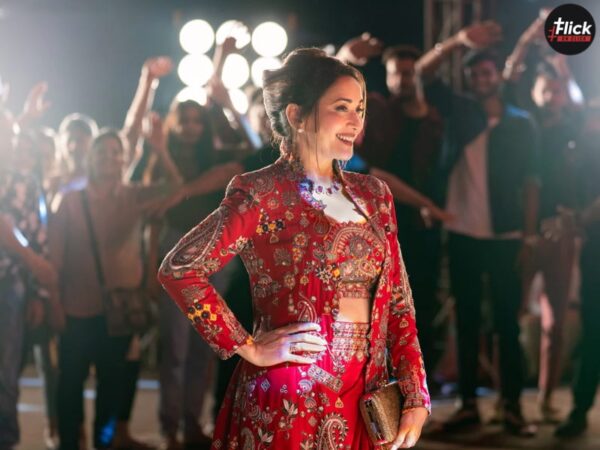 Madhuri Dixit’s Nene has a difficult task ahead of her. She is required to play herself in front of the television but under a new name. Of course, Anamika’s decisions are not exclusive to Madhuri’s. The actual star, though, is the demeanor, the million-dollar face, and the body posture. However, Dixit has to convince the crowd that she is Anamika, which she does admirably.

Our primary concern regarding the program was whether Madhuri could pull off the OTT atmosphere. The dramas are unique in the digital realm, and the seasoned actor is known for a particular school of thought. Whereas, Sri Rao deftly navigates that area. Perhaps blurring the border between real and fictional was a step toward countering that claim. Hence, It’s heartwarming to witness Madhuri play a mom amid difficult times. 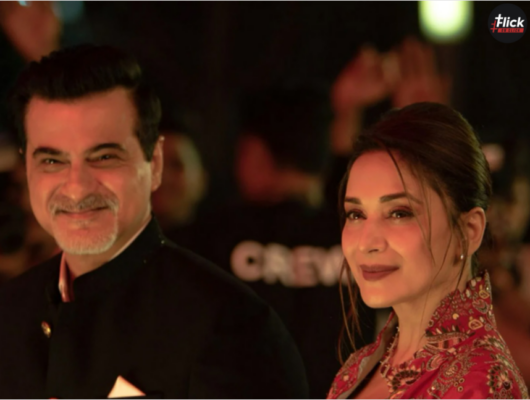 They tried to use that to start the narrative by declaring Anamika is a great star and her lifestyle. This is not everyone’s situation. This is her life, and this is her journey. We hear a variety of stories about a variety of people. All of this, I believe, is contained in a single screenplay. Nobody’s life is like this, and no one is constantly depressed. We are happy with our way of life. We have some awful occasions; tragedy strikes from time to time, as when I lost my dad and was distraught, but I had to continue to career. I was on set, grinning for the shot. But that was just one episode in our lives, not our lives completely.”

The Fame Game is a bit of a mixed brew. Moreover, there are some wonderful things and some that are bothersome. If you like Madhuri Dixit, get inside the web series; if you don’t, there’s no problem in giving this one a shot.

The new year has arrived and with this year, you would want to spend some time worrying less...
Technology

You discover a list of Netflix series or flicks, launch the site, and the search returns...nothing. We've all...
News

Let me ask you a question, do you still watch TV, or do you prefer OTT platforms like...
Entertainment

The ease of online streaming services such as Netflix and a set of perfect horror movies is the...