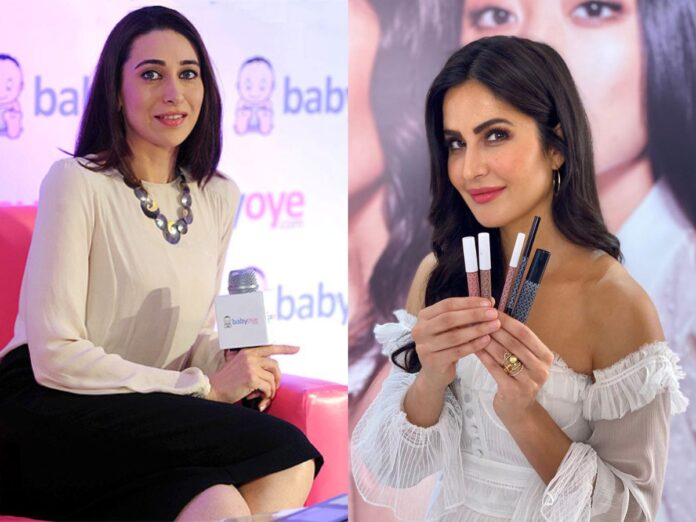 Bollywood actors and actresses charge an astronomical amount for rendering their services for a movie. However, that’s not the only way they earn loads of cash which adds to their source of income and ultimately mind-boggling net worths. Did you know Shah Rukh Khan is the richest actor in the world? His estimated net worth is more than the US $750 Million. SRK has accumulated this huge wealth by investing in side businesses that have turned into cash cows for him. Many other Bollywood actors and actresses have successful side businesses that have helped them separate from the rest of the pack.

Here Are 10 Successful Side Businesses of Bollywood Actors and Actresses:

Shah Rukh Khan has established a production house called Red Chillies Entertainment which has produced some of the finest Bollywood movies and handled the VFX for even Hollywood flicks. He makes a handsome chunk of his income through the production house. Also, he is an avid follower of cricket and has invested in T20 league cricket all over the world. His franchise Knight Riders in partnership with other stakeholders has teams in IPL, CPL CSA T20 League. These teams have turnovers of hundreds of crores every year.

Being Human is an apparel brand and also a charitable trust established by the Bhaijaan of Bollywood. The brand has grown considerably over the years with the Being Human clothing line becoming a status of prestige. Most of the brand’s earnings are used for providing healthcare and educational facilities to underprivileged children.

Hrithik Roshan’s homegrown brand HRX deals in apparel, bicycles, accessories, equipment, eyewear, footwear, wearable and nutrition products. It was launched in 2013 with the vision to inspire others to be the best version of themselves. HRX has become hugely popular and especially its gym wear and footwear are the favourites among the masses.

From the first season of the IPL, Indians have become used to watching Preity Zinta in the stands cheering for her team Punjab Kings which she co-owns with other partners. Preity has managed to be successful outside the film industry by grabbing the opportunity when it arose. Despite not doing many films she earns crores every year.

PeeCee is the one Bollywood actress who we can definitely say has made a lasting impression in Hollywood as well. The actress recently inaugurated a restaurant named Sona in New York City. In addition to that, she owns a hair care brand Anamoly and a successful production house as well.

Katrina Kaif is often regarded as one of the most beautiful Bollywood actresses ever. With that fact in mind her cosmetic line, Kay Beauty was bound to become a successful side-business for her. The cosmetic line was established in partnership with Nykaa. It is India’s first celebrity makeup brand.

A post shared by Kay Beauty By Katrina (@kaybykatrina)

Back when many Bollywood actors were trying to find their calling as an actor, Aamir Khan looked far ahead and established Aamir Khan Productions, a company which has made him a wealthy billionaire. Most of his successful films are under the banner of Aamir Khan Productions including the highest-grossing Bollywood movies ever like Secret Superstar and Dangal.

Named after the father of Akshay Kumar, the Hari Om Production House has made successful Bollywood films like Rustom, Padman, Mission Mangal and more. The production has helped Akshay and his wife who is also the co-owner of Hari Om Productions to earn a huge chunk of profits from the success of films produced by them.

The Bollywood actress who ruled the Hindi film industry in the 90s and early 2000s decided to step away from show business after her marriage. However, she then turned into an entrepreneur and bought a 26% stake in Babyoye.com, an e-commerce brand that sells infant and mother care products.

JA Entertainment is a production house owned by the charming Bollywood actor John Abraham. It started producing movies with the film Vicky Donor and since then has helmed movies like Rocky Handsome, Batla House and more.

Previous articleUunchai Trailer: An Inspiring Story of Friendship and Courage
Next articleTop 10 Songs by Darshan Raval You Must Listen To
Virat Verma

Common Mistakes You Should Avoid When Naming Your Brand

Flickonclick If you're looking to start up a company right now, you might decide not to place so much...
Finance

Want To Start Your Own Business? Here Is What You Should Know

How often have you thought that you want to start your own business? But, you might have faced...
Entertainment

Ever since the advent of cinema, women have been an important part of every movie, whether it be...
News

If you're an entrepreneur then any amount of information for your startups is likely to not fill your...
Zodiac

Career and business are two of the most significant areas of modern life. Therefore, it's no wonder that...
Entertainment

How many of us like to watch movies? Everyone, right? But the reason may vary. Some watch it...
Finance

Being a business person requires not only a business idea but also adequate capital. However, even after careful...
World News

Finally, it has been official that billionaire Jeff Bezos, who founded Amazon nearly three decades ago, is ready...