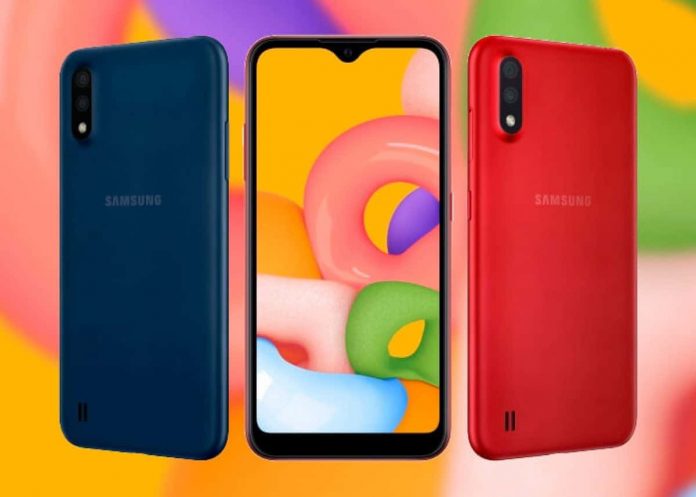 Smartphone giant Samsung has finally launched one of the newest affordable smartphones, Samsung Galaxy M01 Core at an unbelievable price of ₹5499 . The phone is a rebranded version of the Galaxy A01 Core which is launched for the Indonesian market last week.


The flagship budget smartphone got backed up by good reviews there. The new Samsung Galaxy M01 Core is aimed towards delivering a budget-smartphone for the Indian market. The new Galaxy M01 Core comes with 2GB RAM with 32GB ROM and runs on the latest Android Go UI edition. 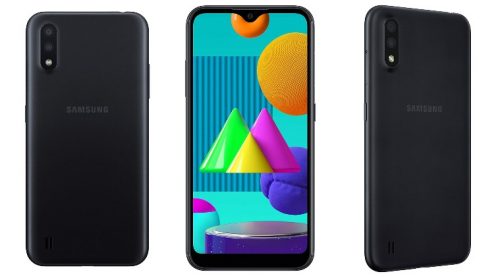 The Galaxy M01 Core comes with a 5.6-inch FULL HD Display that supports 277 PPI pixel density. The phone also supports 720p resolution on the screen which is decent at this price. And as compared to its previous Core editions, this is a major upgrade.

The phone comes with a normal classic Samsung back design with 8.6mm thickness and a single camera setup on the back. On the front, you will get an Infinity display screen that offers a good viewing experience to its viewers while playing video or playing a game.

While the phone went mediocre in the camera setup, the phone packs a good hardware feature. The new Galaxy M01 Core is powered by the latest quad-core MediaTek 6739 processor. The phone runs on two variants; 1GB RAM and 2GB RAM and offers 16GB and 32GB model.

Interestingly, Samsung claims to bring anew ‘Make for India’ UX with various features focused on Indian users. These will include intelligent screen backed up with dynamic screen timeout for power optimization. The phone will also premium new features as well.


There is a ‘Suggest Notification’ which warns a user about low battery and allows them to open their running app or add other critical apps in Maximum Power Saving Mode for extended run time. ‘Smart Paste’ allows the user to paste the relevant text with simplified UI.

With this, users can paste the website URL on the web browser, mobile number on phone dialer, and email id in the mailbox, all extracted from the same message automatically. Lastly, there is an “Intelligent Photo” mode which allows cluttering of duplicate photos at one go.

The Samsung Galaxy M01 Core runs on the Android Go UI platform and uses a wide range of lightweight Android Go applications for fast speed. The phone comes with a 3,000 mAh battery life which delivers a strong run time of over 11 hours.

The phone will be available to buy from Wednesday, July 29 at all Samsung India retail stores and e-commerce platforms.

Samsung has launched the Galaxy Tab S6 Lite in India. The tab is a compact and Lite version...
News

Samsung Galaxy A02 Launched in India: Specifications and Price

January 28, 2021: Everyone anticipated the launch of Samsung Galaxy A02, and the wait is finally over! This global...
News

Asus is back with another one its iconic Zenfone device. Yes! They have launched not one but two...
Technology

Samsung Galaxy M51 is stealing the show in the mid-range mobile phone market and the reason is pretty...
Entertainment

Drishyam 2 has been released and it's rocking the OTT space with a bang. Yes! The sequel of...
Technology