Global smartphone brand, HMD Global who is a major distributor of the Nokia phones, is all set to release a new line up of the upcoming Nokia smartphones. The new lineup will include the much-awaited Nokia 9.3 PureView, Nokia 7.3, and Nokia 6.3 and are expected to come around next month. 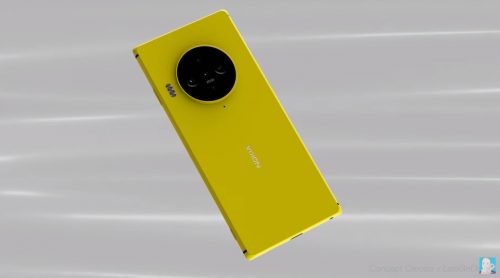 Since the beginning, HMD Global is facing uneasiness and tumbling upon hurdles for exercising a successful launch. Not so long ago, rumors shook the internet that the company might be releasing the Nokia 6.3, Nokia 7.3, and Nokia 9.3 PureView until the Q1 2021. But a new report suggests something opposite to it.

According to a report from NokiaPowerUser, the Nokia 6.3 and Nokia 7.3 have now been certified. To be exact, the TA-1277 variants of the Nokia 6.3, Nokia 7.3, and Nokia 2.4 have been spotted on a Canadian certification website. The news supports the fact of a release for the US and Canadian markets.

Adding to your knowledge, the Nokia 2.4, Nokia 6.3, and Nokia 7.3 have also been spotted on a Russian certification website. And along with the three, the Nokia 8.3 was also spotted for an upcoming launch. Interestingly, the new Nokia 8.3 is a starting of 5G technology in the Nokia line up.

The Nokia 8.3 5G phone was unveiled by HMD Global months ago but is yet to hit store shelves. The phone, however, is already available on pre-order in the EU and UK. And now, after this major leak, it is clear that the company is planning to bring 5G connectivity technology in the U.S and Canada.

Here are some of the highlights of these upcoming smartphones:

The upcoming Nokia 9.3 PureView is expected to be the most premium phone in the new lineup. The premium flagship killer will be sporting a five-rear camera setup like the predecessor. The smartphone is also going to offer a 120Hz display and will run on the fastest Qualcomm Snapdragon 865 processor.

Also Read- ASUS Smartphone: Everything To About The ASUS ROG Phone 3

The phone has been showcased many times this year. The upcoming Nokia 8.3 5G comes with a 6.8-inch display with full HD+ resolution. It will be running on Qualcomm’s Snapdragon 765G processor and hosts a 64MP quad rear camera setup with a 24MP selfie shooter.


Whilst there is no announced detail regarding the front screen design or resolution ratio yet, the phone will have a new “PureView” camera feature on the back to capture high-resolution pictures. For its performance, the phone relies on 8GB of RAM and runs on 4,500mAh battery life.

Nokia has been planning to bring an entry-level smartphone for a long time. And with Nokia 2.4, the company can do so as well. Codenamed Wolverine, the phone will host an octa-core MediaTek Helio P22 processor with a 6.5-inch HD+ display with a 19:9 aspect ratio.

It is also speculated to come with 2GB of RAM and will run on Android 10. For the camera department, the phone will have a 13MP+2MP+5MP triple rear camera setup and an 8-megapixel selfie camera. It is still unclear about the storage section but the phone will run on a 4,500 mAh battery.

The two phones are much likely a major upgrade to their predecessors. The Nokia 7.3 will be packing a 48/64-megapixel quad-rear camera setup and a 24/32-megapixel selfie camera. On the other hand, the Nokia 6.3 will be seen running on the Snapdragon 700 series chipset.

The second phone will also have a quad camera setup (24-megapixel, 12-megapixel, 2-megapixel, and macro sensors) and will run on 3GB of RAM, supported by 64GB internal storage. Both the phones are expected to be a mid-range phone and will be priced somewhere around Rs 20,000.

Motorola Moto is a range of Android mobile phones  manufactured by Motorola Mobility, a subsidiary of Lenovo. The...
Technology

Finally, the Samsung Galaxy S20 FE 5G has launched in India. Earlier, the device was said to launch...
News

Most trendiest smartphones under Rs 20,000 in India in 2022 are capable of going toe-to-toe with high-end smartphones...
News

Realme smartphones combine high aesthetic features with user-friendly functionality to present users with a phone that meets their...
Technology

Many tech enthusiasts were waiting to hear something new about the upcoming Jio-Google 4G smartphone from Reliance Jio...
Technology

We all are eagerly waiting for 2021 for lots of reason. But as this year comes to an...