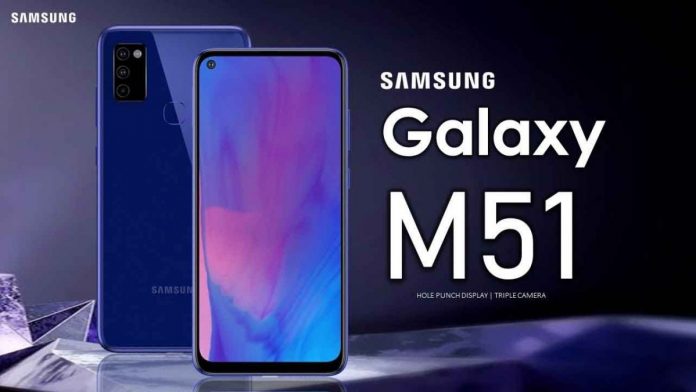 Samsung is on a roll after the launch of its first edition of the M and A series devices starting from the last year. The reason is that they are coming up with amazing devices with unmatched features with an unbeatable price tag. And once again they are back with their new device Samsung Galaxy M51, which will be launched on September 10th, 2020.


This announcement was made in their latest virtual launch event where they’ve launched some of the most sought after and appealing devices from the manufacturer.

Now, let’s head back to Samsung Galaxy M51 specification and get to know what’s under the hood of this latest device by Samsung. 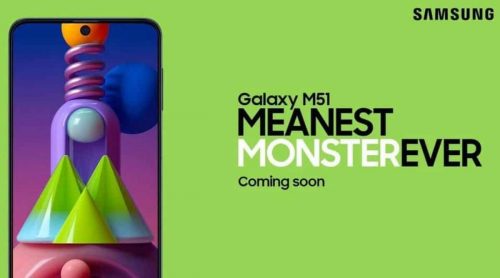 The device is powered by Qualcomm Snapdragon 730, an octa-core Snapdragon processor paired with up to 6GB RAM and 128G. The device can be expanded using a micro SD card as well up to a maximum capacity of 128 GB.

The new Samsung mid-range killer M51 comes with a  6.7-inch full HD+ Super AMOLED Plus Infinity-O display. The Korean company is most sought after in the market for its AMOLED panels which are sharper and better than any device in its competition. This one also rocks a solid panel that is able to perform any of the mobile functions at par.

The punch hole camera set up in the front looks gorgeous and it comes with a 32MP sensor. While the back camera is a quad-camera setup with a 64MP primary sensor, 12MP secondary sensor, 5MP ultra-wide-angle lens, and  5MP macro lens.

Camera performance is on par with the other devices in this price range and can give you some semi-pro level shots in the mobile photography sector.

The price is expected of M51 is to be anywhere inside the range of Rs 25,000 and Rs 30,000 as per the prediction. No official news regarding the pricing has been received as of yet.

Also, the device is teased at Amazon store which means that it’ll be available over the online market. It’ll also be available in the local market and in the Samsung stores.

Apart from that, no final date for the release has been out yet. Follow us and we’ll keep giving you updates regarding the same and more.

Samsung has launched the Galaxy Tab S6 Lite in India. The tab is a compact and Lite version...
News

Over the past few years, the OPPO A series is successfully ruling the tech market after its huge...
News

Samsung Galaxy F13 has finally been released in the Indian market on 22nd June 2022. The highlight of...
Technology

Noise has just launched the Air Buds Mini and they are looking like a hotcake in a bakery. Now,...
Technology

In the present situation of world-wide pandemic, laptops are indispensable to many professions. While it is a staple...
Technology

Samsung is coming up with another one of its mid-ranger beasts and with that, they also started a...
News

The boAt just launched their new BoAt Airdopes 461 TWS earbuds at a price of mere INR 2999....