As awareness has increased to reduce the usage of Chinese products, the first and foremost things could be Chinese apps on our phones. You must have observed the recent aggression towards China and its policies against the world. Primarily, every country and every person living on earth somewhere feel that China is responsible for the disastrous situation which we are right now. 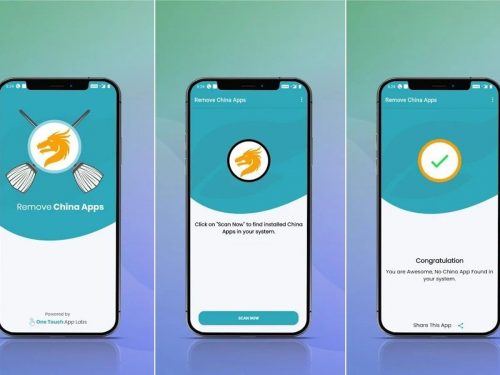 And they’ve been so discreet against the issue that they’ve not been responding much to vaccine calls and everything while we all can see that the conditions in China have been improving since long. Which is again one thing that bothered many.

Apart from that, you may also remember that when COVID started hitting America then Chinese investors started investing huge money into American markets to get the economical advantage.

All these things are the reason that there has been rising anger against China through the world. It keeps on rising as China has been behaving in a rigid manner.

While we can’t do anything on the global level for that much power is only with a couple few individuals. What we can do is boycott Chinese products and the most consumed Chinese product of current time is Chinese Apps.

And recently after the Carry Minati’s episode of Youtube V/s Tiktok, the Indian individuals have been taking the indicative to deleted the Chinese apps and as well downgrade their ratings with full force.

We can call this a well-constructed butterfly effect that one after another small thing can make a big difference. Now, if you’ve been thinking about doing the same but due to procrastination or being lazy. But recently we’ve got a solution to this problem.


OneTouch Apps Labs have come forward with an app called Remove China Apps and it has one single function, Can you guess what? Well! You most probably can. Which is to remove Chinese apps from your phone.

The best thing about the app is that while it could have monetized itself and earned a huge profit for its the need of the hour. The app is basically advertisement free.

The app has 25K+ 5-star reviews and about 100K+ downloads up until now, which is a big thing to achieve in such a short time.

Also, the Indian population is something which is ruled by numbers and we have so many that we can definitely dominate in the digital battlegrounds. Now, all we need to be is aatmanirbhar just like said by our PM.

Also, if you’re someone who hasn’t been able to define this as a logical event then you would need to check some of the Chinese apps like Tiktok which is actually promoting violating content.

And apart from that, digital freedom in china is almost non-existent and nobody can post anything without government approval. That’s the reason you may never see any protest tapping in China despite so many grounds for that.

Now, the thing which you may need to wonder is that if a country has this strong surveillance system and forces its people and companies to abide by their rules, then why would it be trusted with the data of any other country. Don’t you think that the data gathered would somehow be beneficiating the government of China?

Also, Apps like Google, Facebook, and Twitter are banned in China and cannot be accessed in a natural state. Due to the reason that they fail to comply with the policies of the Government. So, we’ve provided you with facts and tools, rest the decision is yours to make.


ALSO READ : How To Apply For e-PAN Card, Steps and Complete Process

Every day when we're experiencing the increase in number of COVID cases we should not forget about the...
News

Patanjali on Tuesday launched their first-ever COVID-19 vaccine 'Patanjali Coronil Kit' in the country. Introduced with the name...
Fitness

COVID is now long and short. It has been observed and reported by the office for national statistics...
News

The resumption of international air travel was a long due question both for those whose lifeline depended on...
Finance

After reviewing the COVID-19 situation in Delhi, Chief Minister Arvind Kejriwal made it clear in a conference that...
News