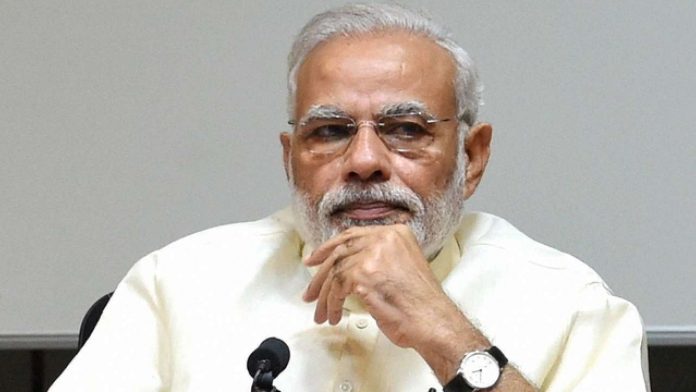 This hack is being associated with the recent celebrity Twitter hack where famous individuals such as Barack Obama, Elon Musk, Joe Biden, Jeff Bezos, and even Bill Gates’s account were hacked. 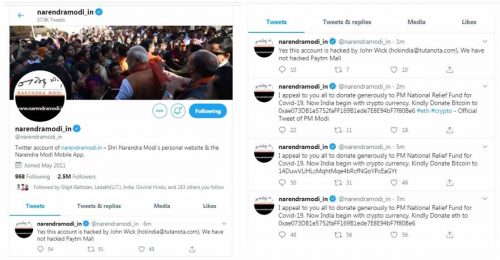 The hacker claims to be an individual going by the name ‘John Wick’, which is an obviously transparent lie. The reason is that John Wick is a popular vigilant character played by the ever famous and non-aging actor Keanu Reeves in the movie franchise having the same name.


Twitter confirmed the hack and said that they are looking into the matter as of now and will come up with answers soon. Also, the account was recovered in the first hour of the hack and malicious tweets were deleted.

Self-acclaimed ‘John Wick’ tweeted from the hacked account ‘ “Yes this account is hacked by John Wick (hckindia@tutanota.com), We have not hacked Paytm Mall”

And then they did a series of tweets from this very account asking for COVID-19 donations via Bitcoin wallet. The tweet said ” “I appeal to you all to donate generously to PM National Relief Fund for Covid-19. Now India begins with cryptocurrency…”, along with this they did add their Bitcoin wallet details and added a byline saying Official Tweet of PM Modi.


“We’re aware of this activity and have taken steps to secure the compromised account. We are actively investigating the situation” commented a Twitter spokesperson on the matter.

Times of India’s reported got into contact with them in order to ask what’s their intention behind this malicious act. And all they said is that this is an attempt to clear the hacker’s group name from the Paytm Databreach attack that they were held responsible for.

The hacker group belongs to Korea and they have received not a single penny in their Bitcoin wallet as they cleared that up too.

But incidents like these are a matter of national security and tells us how weak our digital defenses are.

Earlier, another notorious hacker group calling themselves ‘Elliot Alderson’ which was inspired by the Mr. Robot lead character played by Rami Malek hacked into the Aadhaar and Paytm’s database and exposed the vulnerabilities.

Elon Musk is one of those influential people who make the headlines very often. And recently he made...
News

Twitter is said to be in early talks with Elon Musk about selling itself. According to a fresh...