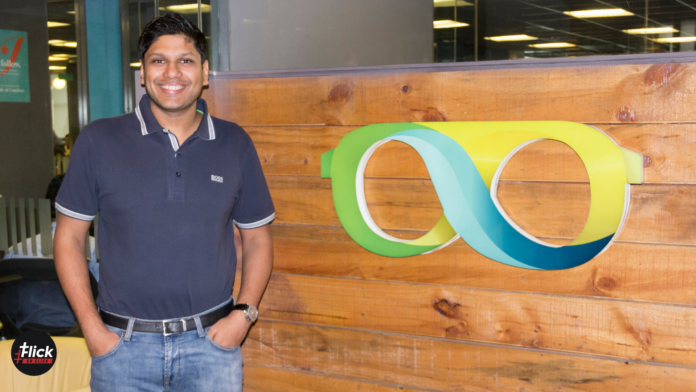 Sharks are the most intelligent animals. They are often referred to as the ‘apex predators.’ Thus, the judges and panelists of Shark Tank India are called ‘sharks.’ The seven judges include Peyush Bansal, Ashneer Grover, Anupam Mittal, Aman Gupta, Ghazal Alagh, Vineeta Singh, and Namita Thapar. Peyush Bansal, the co-founder, and CEO of Lenskart, has recently won hearts.

Who is Peyush Bansal?

Peyush Bansal started his career as a program manager in Microsoft before turning to IIM Bangalore for his MBA. Many regard him as the most loved ‘shark’ of the show, and there are reasons behind it.

What is the Show Shark Tank?

The show gives chances to budding entrepreneurs to pitch their business ideas in front of the ‘sharks.’ It started streaming in December 2021 on SonyLIV. The sharks are investors who are successful self-made millionaires.

Why are people showering love on Bansal?

Bansal has received love because of his investment in an idea by Kamlesh Nanasaheb Ghumare. Jugaadu Kamlesh came to the show with his nephew Naru with an idea of a Pesticides Spray solution. Kamlesh belongs from Maharashtra. Since he comes from a family of farmers, he knows the problems they have to face in everyday life. Accordingly, he has designed a solution that would take off the burden from the farmers. It would also prevent them from deadly diseases caused by pesticides. He created a trolley spray where the farmers could keep the bottles. It also has a handle, which will make it handy.

Kamlesh had designed the trolley back in 2014 without any professional help, and his unique presentation and idea appealed to millions apart from the sharks. The other sharks were a little hesitant in investing in this side. But, shark Peyush Bansal was so impressed with the idea that he invested in it without giving a second thought. Kamlesh’s idea received funding of 10,00,000 rupees for 40% equity. Bansal also offered a no-interest loan of Rs 20,00,000. Kamlesh has to return the amount in small amounts after seeing a profit.

Bansal has also invested in the idea of Sharad Ashani & his son. They manufacture Anti Suicide Fan Rod under the brand of GOLD life. They pitched the novel idea to curb the surging suicide rates. Bansal, unhesitantly, invested his money in it.

Bansal’s idea to help the farmers and aid in progress in the country’s agricultural sector, apart from assisting the people not to seek the path of suicide, has won hearts.

Shark Tank India S2 fans are left disappointed with the first episode. Twitter is buzzing with Tweets about...
Entertainment

Are you already hooked to the new show, Shark Tank India? If you are not, you are missing...
Entertainment

Shark Tank India on Sony LIV has been one of the most discussed topic programs on Indian television...
Entertainment

Shark Tank India S2 fans are left disappointed with the first episode. Twitter is buzzing with Tweets about...
Entertainment

Ashneer Grover has a net worth of Rs 700 Crores through his various investments and businesses. He has...