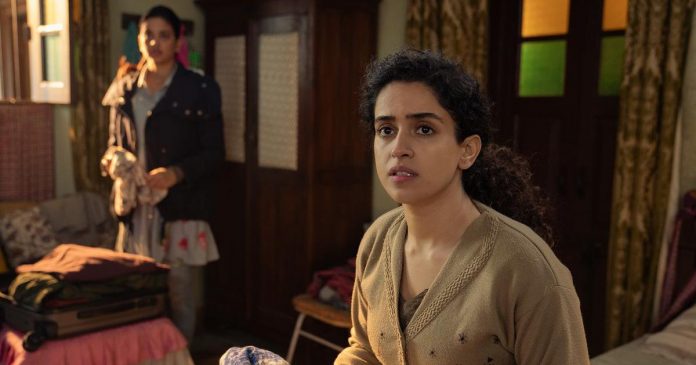 Pagglait is a simple story of a young woman with complex emotions who becomes a widow after a few months of her marriage. The trailer was dropped on Tuesday and successfully managed to obtain over five and a half lakh views on YouTube within a few hours of its release.


After the discovery of Sandhya’s late husband, her quirky family grieves but Sandhya grapples to bring herself to mourn the death of her late husband.

Umesh Bist, writer and director of this heartfelt film Pagglait said in his statement that “The story of a young widow comes from a deeply personal experience and this is the very first time that such a story is getting filmed through a lens. This movie is for all those who can relate to it and bring the best out of this that will help them in enjoying their life once again. It is a simple story of a young widow dealing with complex emotions that are told through her unique vision of what life is after losing your partner and how you deal with that trauma. A young widow is surrounded by her quirky relatives who want to take the decision of her life. Our team has put all its efforts to bring a mixture of joy, happiness, confusion, and chaos together in this story.”

Sanjay Leela Bhansali&#8217;s Top Classic Which Everyone Should Watch


Everything was going quite normal but abruptly goes from everything sweet to wickedly sour when the family finds out that only Sandhya is eligible for their son’s Rs. 50 lakh worth of insurance money after her husband’s death. Therefore, the story takes a sharp turn and thus begins narrow efforts from the family to push Sandhya in a direction that would bring the money in the family.

But Sandhya isn’t an ordinary woman who will let other people make decisions of her life. Sandhya is a type of woman who is soldiering on her own terms but the world around her doesn’t let her be what she wants to become.

Producer Ekta Kapoor also shared a few words on this masterpiece, “Pagglait is a story of a girl who is trying to give meaning to her life despite everything that happened with her. The film will drive viewers through a fjord of emotions while falling in love with the characters in spite of all their flaws.”

Previous article
Money Heist Season 5, The Finale Season with All New Twists
Next article
Bollywood Is Back With Its Horror Thirst: The Wife Movie Review.
Flickonclick

Who would like to miss a rom-com movie at the time of Christmas? Everybody knows that Christmas is...