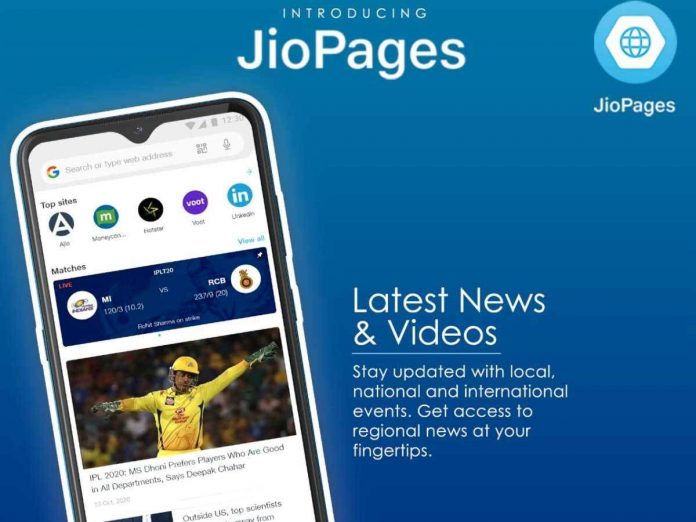 JioPages features is no more for only Jio set-top-box users. The app has made its debut on Google play and can now be run on any android TV devices around the world.

Made in India, JioPages is an exclusive edition for TV screens.


It functions effectively and efficiently with:

Previously, JioPages was and still is available on Google play for all android mobile users. Launched officially in 2018, it hasn’t been that long since its release (about 25 months) and has received a whooping response of up to 10 million downloads. 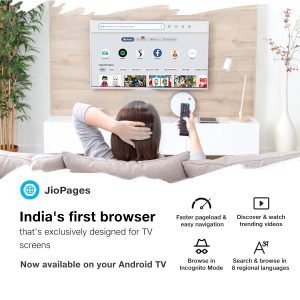 But what’s the catch in this new tech? What is it that, which sets the app apart from all the other potential competitor?

Read the following features that are enlisted to prove why JioPages is an app that provides services much more than conventional browsing.

JioPages contains lists of over 10k+ videos classified into 20+ categories such as music, news, children, etc.


This introduction reduces our trouble with the search box and eases up the process of looking up or searching for any specific content on screen.

JioPages allows both private browsings as well as the default browsing mode. The private mode can be accessed through the incognito option, enabling the user to surf the net without having his/her history stored on the browser.

What’s more is that Jiopages sports its contents in 8 Indian regional languages such as Hindi, Marathi, Kannad, Tamil, Telugu, Malayalam, Bengali and Gujarati. Additionally, users, especially elders, can stream other language news in their preferred languages.

Jiopages not only allows its users to watch their videos in their preferred languages but also supports downloads of E-newspaper to read news directly from the big screen.

Much like Netflix, JioPages has an in-built download manager where users can download and store their news, videos, books, magazines and read or watch them offline on their TV screen.

Previous articleOnePlus Watch Will Launch on March 23, 2021 Alongside OnePlus 9 Series
Next articleSamsung Galaxy A52 Launched: Specifications, Price and More
Flickonclick

Do you enjoy using Reliance Jio services? Reliance jio has a surprise for you. Reliance Jio Chairperson Akash...
Technology

Gmail is an extremely life saver for both personal and professional purposes. Learning as many of its functions...
News

Jio 5G has emerged as one of the bid bidders in India's 5G spectrum allocation. Now, the buzz...