Weekends are no more for just sleeping in. The two days of the week are your chance to finally catch-up on the movies you yearned to watch but forgot. But, if you are very indecisive and can’t decide on what to watch, here are the top 5 movies on Disney+ Hotstar, Lionsgate and Voot Select for you to binge-watch this weekend. 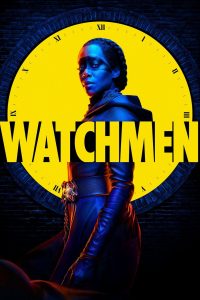 Starring Hayley Atwell, Dominic Cooper and James D’Arcy, Agent Carter features the life of Peggy Carter after the supposed death of her boyfriend, Steve Rogers. The show follows Peggy working for the shield as a special agent after the events of Captain America. She is shown working with Howard stark, which brings in bittersweet memories of beloved RDJ and presents the threats and danger they overcome. Although the movie takes place during the infinity arc, it still casts a strong vision into the tesseract and future of MCU.

Featuring Eliabeth Hurley, William Mosely, the Royals presents a rather a-historical show. This is one of the intriguing stress-buster dramas where a fictional Royal family suffers a downfall from their heir’s sudden death. The central part of the plot deals with the younger siblings trying to piece the broken parts together and save the kingdom as the queen fights to secure and wear her crown high.

Directed by Sanjay Leela Bhansali, the movie shows how Bajirao fights against the odds to remarry Mastani and try to make amends. It is a very soulful film for a weekend that would leave all our hearts to swell.

After Bryan Cranston’s big hit with his Walter White role, the talented actor portrayed the role of a respected judge who is willing to meet any ends to conceal the hit-and-run case of his son. The story deals with the mishaps and other threats that the judge tumbles upon during his haste to close his son’s case.

A crisp, intense thriller, Watchmen is an adaptation of the critically commended comic book series. Damon Lindelof’s watchmen is so eye-catching & intriguing with extreme themes such as racism & systemic violence where the masked vigilantes mistreated by the government agencies are pressured to take over the society. This show is every bit of distraction you ache for on your weekends.

Previous article
Roohi Review: An Eccentric Take on the Horror Comedy Duo.
Next article
Justice Delayed Is Justice Denied: Kamya Panjabi and Many Other Celebrities Take the Zomato Assault Case to Twitter After Parineeti Chopra.
Flickonclick

Avatar 2 released in the theatres on 16th December 2022, and fans are waiting for its release on...
Entertainment

Toho's Godzilla, the 37th film in the company's Kaiju franchise, is going to release in Japan on November...
Offers