Yesterday, OnePlus tweeted a post related to the pricing of the upcoming OnePlus 8 series smartphone lineup and it became viral.

The phone was launched last week but the company didn’t hint when they were going to reveal the prices.


Yesterday, the prices were revealed exclusively for the company’s Red Cable Club members and now it has spread on the OnePlus Forum.

The phone was speculated to be a tough competition based on US prices but now the scenario is changed upside down. 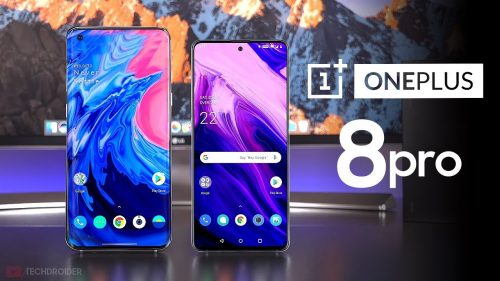 In a tweet, the flagship killer company shared the news that the OnePlus 8 series will be starting from Rs 41,999 (or about $550) in India.

Now, India has been one of the major markets for the company. With its recent launch, the company had acquired both customer support and encouragement in the country.

As we talk about the entry-level on the OnePlus 8, the phone has 6GB of RAM compared to 8GB variants. As for the US market, the OnePlus 8 lineup will be starting at $699.

The phones are available in four color variants: Onyx Black, Glacial Green, Ultramarine Blue and Interstellar Glow (*Available according to the production).

Along with the smartphone, OnePlus has also launched its first-ever earphone buds the OnePlus Wireless Bullets Z.

Both the OnePlus 8 and the OnePlus 8 Pro smartphone are powered with the latest Snapdragon 865 chipset added with Adreno 650 GPU.

Both phones run on the Oxygen OS and come with the latest Android 10 UI.

The OnePlus 8 delivers a triple-rear camera setup with a 48 MP Sony IMX586 with f/1.8 as the primary lens (with OIS and EIS support).

For the front, both the models have a 16MP punch-hole selfie camera that supports panoramic photo and 4K quality video capture. Both the phone has ample power backup.

The OnePlus 8 series comes with an IPS68 rating for protection against water and dirt and feature In-display fingerprint scanner, face unlock, and NFC.

From the first model they launched, OnePlus has always made it one level up with their every installment.

With the country being lockdown till May 3, no further information is released by OnePlus for pre-orders and live sale.