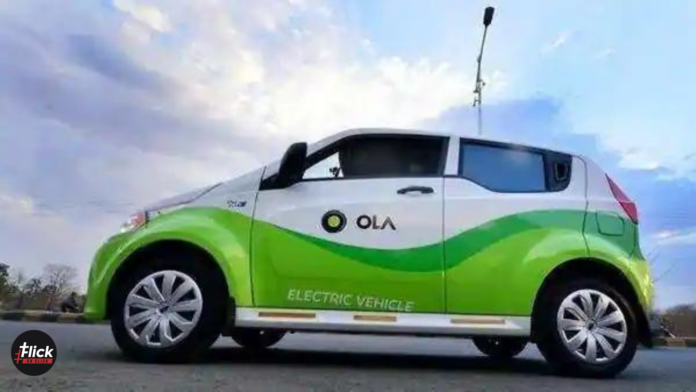 Bhavish Aggarwal, CEO of Ola, has taken to Twitter to share a photo that hinted to be the new Ola Electric Car. Previously, he had stated that the company would be launching four-wheeler electric vehicles.

Do you know what makes electric cars unique? They have electric motors fitted in them in place of internal combustion engines. An auxiliary battery provides electricity to power the various vehicle accessories. They don’t emit toxic gases and are thus very environment-friendly.

Currently,12 electric cars are available in India, of which Audi RS e-tron GT is the most expensive of all. Replying to a customer on Twitter, the Twitter- Savvy Aggarwal had written, “Next car replacement should be the Ola electric car.” The CEO has posted an image of a car with the caption “Can you guys keep a secret?”

After the S1 and S1 Pro electric scooters launch, the Electric car will be the first four-wheeled vehicle from the Ola family. In the last year, Ola Electric has built the Future factory, which manufactures one thousand Ola electric scooters each day.

Ola has revolutionized the automobile industry. It offers a bouquet of valuable services to its customers. Ola has also started selling pre-owned cars under its new wing, Ola Cars. It facilitates seamless buying and selling of vehicles and maintenance, vehicle financing, and insurance, to name a few.

Ola Electric, which has been on a fundraising journey, has raised a fresh investment of $200 million at a valuation of $5 billion. It has come from a group of investors, including Tekne Private Ventures, Alpine Opportunity Fund, and Edelweiss.

Some Possible Features of the Model

The new Ola electronic car is proposed to build by the EV manufacturer’s factory in Tamil Nadu. This factory is said to be the largest manufacturing plant for electric scooters globally.

Demand for electric vehicles has increased significantly when petrol and diesel prices are skyrocketing. Also, their lower cost and lower maintenance have made them preferable to people.

The ride-hailing platform will soon launch its electric car; such is the talk of the town. For the time being, we will indeed keep this a secret, Mr. CEO.

The hot and sexy Urfi Javed is always in the news for her quirky and bold fashion sense....
Entertainment

Taimur Ali Khan is one of the Paparazis favorite kids. After all, with his cute looks and chubby...
Technology

Skullcandy Indy Fuel: Design, Specifications and Other Features That Makes It Special

Skullcandy has set a benchmark for itself when it comes to sound and performance in the audio zone....
Lifestyle

Every state in India has a sacred spot where tourists may experience an incredible spiritual cleanse. The atmosphere...
Entertainment

Every now and then, during our daily lives, we discover someone who touches our spirit and becomes a...
Offers

Airtel Xstream is making a shift from their previous plans into a new 'Truly Unlimited' data plans in...
Entertainment

Ante Sundaraniki teaser: Get ready to witness a breezy rom-com

The teaser of Telugu rom-com Ante Sundaraniki created by Vivek Athreya is out, and fans are left wanting...