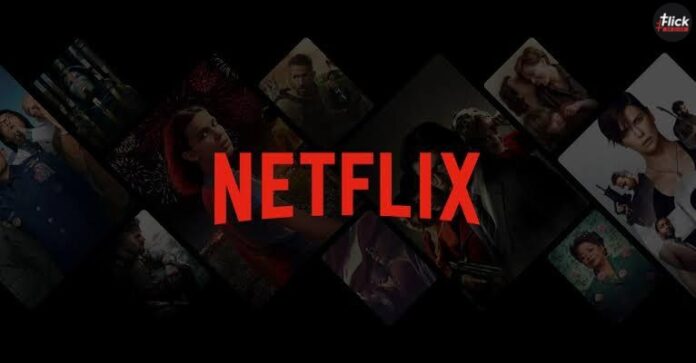 In June 2022 Netflix produced some amazing movies and shows to binge-watch. Welcome to another complete look ahead of new and upcoming releases in July 2022 on Netflix. We’ll keep you updated in advance on a variety of exciting new TV shows, web series, and upcoming movies before they are released. Since this list of shows can be overwhelming, we’ve selected some best upcoming movies and top new series to be released in the coming days on Netflix.

Here is the list of new and upcoming releases on Netflix in July 2022:

This new rom-com film will release on July 6th on Netflix, acquired earlier this year by ACE Entertainment .It is based on the Jennifer E. Smith book and stars Talia Ryder and Jordan Fisher.  The plot revolves around a couple who is ready to go to college and is on the verge of breaking up. This Netflix original has a lovely narrative.

The Sea Beast, directed by  Chris Williams, producer of Moana and Big Hero 6, appears to be a real contender for the best family film award of the year. The narrative is about a  young girl who stows out on her idol’s ship to assist him in his hunt for massive sea animals, resulting in maritime outdoor adventure and drama. Moreover, Sea Beast has  also received positive reviews and includes three TV Guide stars as voice actors. This upcoming movie will release on Netflix on 8th July.

It’s the latest remake of Jane Austen’s very last novel, in which Anne Elliot (Johnson) reunites with Captain Frederick Wentworth (Cosmo Jarvis), the man to whom she was once engaged to be married, almost a decade after she called off the engagement because she was listening to other people opinion rather than her own heart and soul. It is set to release on July, 15.

This Russo Brothers’ mega-budget action film comes from the directors of Endgame and Infinity War. Ryan Gosling plays the role of  Court Gentry, a black ops agent who is seeking to avoid being arrested or murdered by his former colleague Lloyd Hansen (Chris Evans), a maniac with a mustache. The Gray Man is set to release on Netflix on 22 July. Check the trailer above. This upcoming movie on Netflix also cast Dhanush in the lead role.

Netflix’s most colorful relationship melodrama is back with a new season. The Season 3 finale was full of suspense, like Jack proposing to Mel and she disclosed to him that she’s pregnant and doubtful about if he or her deceased husband is the dad. He’ll surely still be the father even if he’s not the biological parent, right? That would be extremely unsupportive if he said, “OK, bye”.  However, you need to watch season 4 to get answers to such questions which is set to release on July 20.

Netflix is coming with a new bollywood movie Operation Romeo. A new Indian premiere is all about a young couple’s lovely evening turning into a terrifying night. The movie portrays the anxieties and difficulties that young lovers across the country face as a result of the threats posed by moral policing. The film will be released on Netflix on July 2nd.

Jack Black makes his return as the voice of Kung Fu Panda in this latest DreamWorks Cartoon series. The plot centers around Dragon Knight Kids’  warrior Po, who joins up with an elite English knight on a global adventure to collect supernatural weapons and regain his reputation to save the world. This kid’s series will be released on July 14th.

Jaadugar is Sameer Saxena’s Indian romantic comedy movie. The plot revolves around a small-town magician who seems to have no interest in football but must guide his local team to the finals if he wants to get married to his girlfriend. Check the trailer above.

Checkout all these new releases on Netflix in July 2022 and let us know in case we have missed any movies or series.

Donning the avatar of a witty ex-News Anchor turned Radio Jockey- Arjun Pathak, Kartik Aryan is back in...
Offers

It's no news that India has one of the largest user base of the Netflix platform. Now, to...
Entertainment

Netflix will remain the top choice for movie and  TV streaming because of its lack of commercials and...
Entertainment

Talking about one of the favorite characters in The Vampire Diaries, Stefan will get the maximum number of...
News

The Pixel 4a has now been delayed to the later part of October 2020. As per the latest...