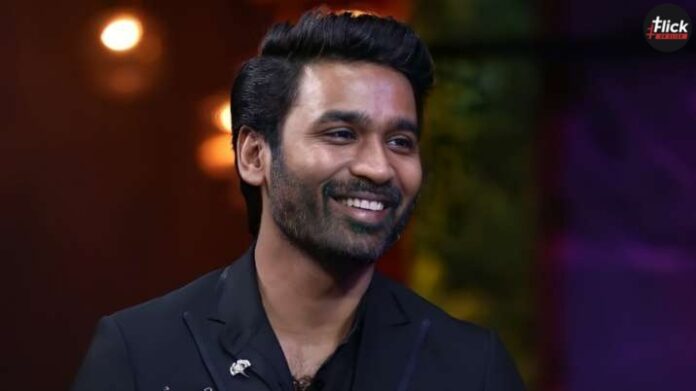 The first shot of superstar Dhanush from his next picture The Gray Man, produced by Avengers Endgame filmmakers Anthony and Joe Russo, has been released. Netflix unveiled the glimpse of the National Award-winning performer from his Hollywood premiere on Tuesday. In the first shot, he strikes a violent attitude. Dhanush joins Rege-Jean Page, Bob Thornton, Chris Evans, Ana de Armas, Jessica Henwick, Billy, Ryan Gosling, and Wagner Moura in the film’s entire cast.

THE FIRST LOOK OF @dhanushkraja IN THE GRAY MAN IS HERE AND IT’S VERA MAARI VERA MAARI 🔥#TheGrayMan pic.twitter.com/eAYxQfXqWQ

Netflix India’s main Twitter page published a still from the film in which the 38-year-old performer can be seen in action as soon on top of a car. Along with the wearing an intense expression and red on his face. “The first glimpse of @dhanushkraja in ‘The Gray Man’ is here, and it’s vera maari vera maari,” tweeted the streamer. With the 2018 film The Incredible Journey of the Fakir, Dhanush makes his worldwide debut.

Ryan Gosling and Chris Evans appear in the important roles in The Gray Man. The plot revolves around a CIA officer, portrayed by Ryan Gosling, who is on a global manhunt. Evans, best known for his role as Captain America in the Marvel Cinematic Universe movies, plays a villain in the picture. The film is being created at a $200 million cost and is based on a series of novels by Mark Greaney.

Dhanush’s Statement on the Movie

In a statement with PTI in December, Dhanush stated that he enjoyed working on ‘The Gray Man. He said that dealing with the Russo brothers was a “really excellent learning opportunity. “I’m excited to be a part of this exciting action-packed adventure. My heartfelt gratitude goes out to all of my closest fans from around the world for all of your love and support over the years. I love you all. Spread Peace”. He was most recently featured in the Tamil action movie ‘Maaran’ in 2022.

Previous article
Modern Love Mumbai: An Upcoming Series That Will Fill Your Heart With Warmth
Next article
Alia Bhatt’s Gangubai Kathiawadi Out on OTT: When and Where to stream
Flickonclick Team

Pallavi Joshi, who starred in the 2019 Bollywood film The Kashmir Files, has revealed that the reason Bollywood...
News

Black Panther Wakanda Forever box office collection day is estimated to be US $50-65 Million at the domestic...