Netflix has confirmed the release of new seasons of the most awaited shows and on the number one position in the list is Money Heist followed by The Witcher, You, Cobra Kai, Stranger Things, and many more in the second half of 2021. Earlier, Money Heist season 5 was about to get released in May 2021 but due to the ongoing pandemic, its release got delayed. 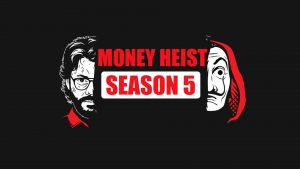 That is why Netflix has now confirmed that the fifth and final season of Money Heist will release in the second half of 2021. Fans are now relieved after hearing the confirmed news; otherwise, the company received tons of emails, and some were life-threatening. Sometimes it is not easy to handle crazy fans and meet their desired expectations.


Other than Money Heist there are plenty of famous shows which are also going to release in the fourth quarter of 2021 (October – December), and these are – The Witcher season 2, Sex Education season 3, You season 3, Cobra Kai season 4, Lost in Space season 3, and more. Apart from TV shows, a couple of Netflix films will also be released in the second half of 2021, and these movies are – Red Notice and Escape from Spiderhead.

Ted Sarandos, Chief Executive Officer of Netflix said in the meeting, “We didn’t expect that our shows would get delayed but this natural cause became the reason for the delaying process, in fact, we were hoping to release them before the scheduled time but this big hit led to the post-production delays as well. We are working hard to be back on track and meet our deadlines, that is why we have made some modifications for releasing new seasons of favorite shows like The Witcher, You, and Cobra Kai as well as some big movies like Red Notice and Escape from Spiderhead.”


Netflix lovers who keep themselves updated with the new releases, already knew that several of these shows were earlier expected for an April-May release, this pattern gives time for the makers to work upon new releases and release them around the same time every year for its lovely audience. But the pandemic screwed everything and hampered the release plans of many shows.

The fourth season of Money Heist arrived in April 2020 and the fifth season was expected to release at the same time this year but the production time got delayed and the new season has now been pushed to the later months of 2021.

Jolly news for the Stranger Things fan army. The trailer of the fourth season released in February 2020 and the show ditched its summer 2021 release so it is highly expected that the new season of the show will also get released in the second half of the year 2021 or in early 2022. Now we have to wait for Netflix to confirm the same.

Previous articleTVF Aspirants Review: Something Inspiring and Flavorful From The Viral Fever Team
Next articleList of A Platter of Telugu Films Releasing This Weekend on OTT Platforms
Flickonclick