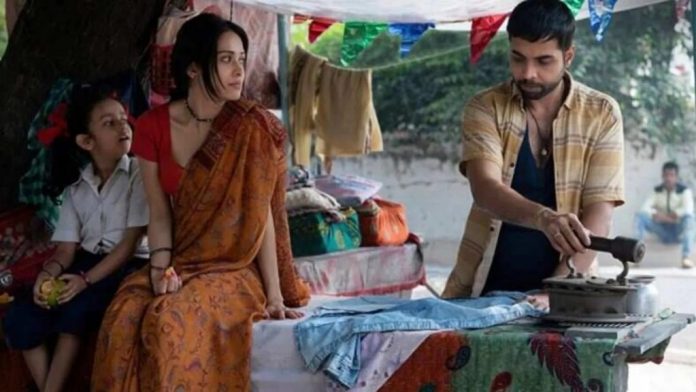 Ajeeb Daastaans Movie Review- Netflix has long entered into the Indian Cinematic zone and has proved it’s mantle with series such as Lust Stories, Sacred Games, Delhi Crimes, and more. Now, Netflix are back with another banger of a movie; Ajeeb Daastaans. The focal point of this Anthology is that it revolves around broken relationships and everything that follows.

If you’re under 18 or haven’t been to much of the societal problems and struggles then Ajeeb Daastaans might not be the perfect movie for you.

But for someone who has seen either of these things such as taboo against same sex relations, patriarchal pressure, liking someone else when already being in a relationship and much more, then this movie might be it for you.

The writing is very mature and thought provoking, with a touch of perfect casting. Yes! Each and every character justifies their role in the film.

Now, there are 4 short films in Ajeeb Daastaans namely Majnu, Khilauna, Geeli Pucchi, Ankahi. They all are unique in their own sense and gives you a different sensation all along. 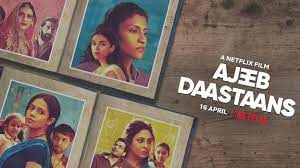 This is the best of them all as critically said and amended on the same by the audience. Now, Geeli Pucchi depicts the story of two girls, one who is man trapped in a women’s body and another a sweet girl, trapped in marriage where there is no love.

They both bond over and in a short time forms a very meaningful relationship, that is hard to understand by someone else. The reason being that there are barriroes such as castcism, gender baised and all of them above, their being gay.

One of the cutest and literally mind shaking depction of the troubled life of someone as the characters in the Gilli Pucchi. It’s a must watch.

It is the story of how innocent minds can bend the most strongest when needed. The whole plot revolves around Meenal and her little sister Inayat, while the big sister works odd jobs in order to have a life and future for the little one.

She has to go to extremes sometimes in the pursue of simply what we call normal life.

Also Read- Tuesdays and Fridays Movie Review: Marked Its Spot on One of the Biggest OTT Platform – “Netflix”

Ankahi is the story of a broken family where the child is about to lose her hearing powers and while the mother is trying solutions such as learning sigh language, the father goes into denial and retaliates.

Amidst the chaos, the mother finds someone who is like her, in audible but really full with words. Their silent romance is something to watch this for.

Majnu revolves around a Babloo and her wife Lipaskhi, and their odd marriage. The plot is that they have been married under an alliance agreement and there is no love. So, Babloo denies sharing bed with Lipaskhi and then the later has to find different ways to get what she wants, whatever way she can.

This short deals with the issues of patricachy and in some way depicts that while it is shameful for a women to date two guys at the same time, it’s prideful if the opposite gender does it. A good tale and a must watch along with every other short in the Anthology.

Netflix Ajeeb Daastaans is a must watch for all the film viewers who love to watch good casting.

Previous articleDelhi Lockdown E-Pass: Who Needs E-Pass, How and Where to Apply, Who’s Exempted
Next articleMoto G60 and Moto G40 Fusion Launching in India: Online Sale Starting from April 27, 2021 on Flipkart
Flickonclick

The world is changing rapidly, and with developments all around, it is unavoidable that entertainment alternatives will change...
News

Movies and shows are the best sources of entertainment to keep ourselves engaged whenever we require some relief...