The weekend is here and we’re confused which movies to watch or a show to binge-watch, there are plenty lot of shows to watch all across the OTT platforms but this vast amount of choice can become a curse sometimes as well. The reason being that too many choices can lead to us not being able to decide, right?


So, to end that we’re out with a list of movies to watch that you could enjoy this weekend without worrying too much. So, here we go with our list and if you like it then tell us the same in the comments. 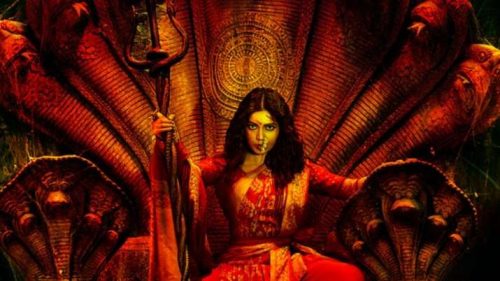 Another one of them romantic light-hearted and comical movies from Netflix? No, it’s not that even though the title seems like it. It’s a story of four New York City Broadway stars and in the core story is their show called ‘The Prom’. ALSO READ:The Queen’s Gambit Similar Series and Movies on Netflix

Sanjay Dutt is making a comeback on screen with the movie and well! it’ll be a pleasure to see what he’ll be doing with this one. So, if you’re a fan then you need to watch this film based on tragedies, the life of refugees,s and most important of them all cricket, intriguing right? Go and watch then.

Durgamati has been in talks for quite a while and finally, it’s been out for us to watch. The story revolves around a government officer who is stuck between systems as he battles against it and unfolds the dark truths. It’s a good watch and can make your dull weekend pretty interesting.

Have you watched Sonic The Hedgehog in your childhood, Well! if you have then it’s time to enjoy the same on OTT platforms as Sonic is back but on a bigger platform this time. The story depicts the tale of Sonic as he goes through the obstacles in his path, just like is the usual way. Additionally, it’s a comical blast especially after having Jim Carry in it.

Archer comes back for the 11th season but this time there is one thing different, it’s set up in a different universe altogether. But the fans will understand and believe that the Archer that they love can still hold them together with interesting escapades.

ALSO READ:Bhaag Beanie Bhaag Review: A Perfect Show to Put A Grin Over Your Face

This is the second season of the show and just like the first one, it’s highly anticipated to rule the segment among a certain specific type of viewers. This love drama daily life show is coming this time with more complex stories and the life of our 4 main characters are going to take a huge turn in this one.Bicchhoo Ka Khel Review: Is Munna Bhaiya back from the grave after Mirzapur?

While it's true that Money Heist was drowned when Peaky Blinders rose up high, things seem different for...
Offers

If you have a taste for great shows especially having a knack for Indian shows then you should...
Entertainment

The Friends Reunion show is released today and is now available for streaming over at Zee05. If you...
Entertainment