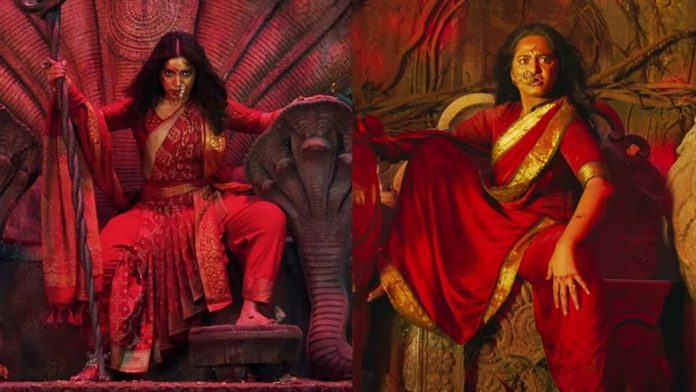 Durgamati – The Myth, streaming on Amazon Prime, delivers a mixture of thrill, horror, and suspense which tries to hold the audience to the end of the movie. This 155-minute film assembles everything that you can expect from a spooky drama: shabby haveli, dark theme, squeaky doors, witchy laughs, cold breezes, tilted portraits on the wall, and meshy webbed chandeliers. 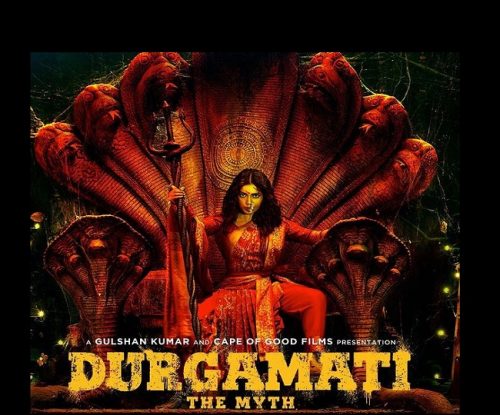 Although, Bhumi Pednekar’s movie could not grab much attention of the audience despite being a remake of a Telugu film – Bhaagamathie, lead role played by Anushka Shetty, which was very well-liked and appreciated, the Director – G. Ashok could not set his feet this time in Bollywood with the same story.


The story begins with antique idols being purloined from temples that put a lot of pressure on some of the government officials. Meanwhile, the corrupt politicians try to set up a conspiracy against water resources minister Ishwar Prasad (Arshad Warsi) by taking advantage of the situation as he became a pain in the neck. An IAS officer, Chanchal Chauhan (Bhumi Pednekar) who served Ishwar Prasad as his personal assistant for 10 years is asked to frame the wise politician with a promise that she will be free from all the charges and will be offered a job to begin a new life.

A CBI officer, Satakshi Ganguly (Mahie Gill) is handed over the task to sling mud at Ishwar Prasad and put him away for life. A serious-minded police officer, ACP Abhay Singh (Jisshu Sengupta), is deployed to probe into temple robberies and help the CBI in logistical support. The involvement of these three characters cooks a great suspense drama inside the mansion with the spirit of a dead woman who is trapped for decades. This was a simple portrayal of the story which we can infer after watching the trailer. But, do you believe that the story is going to be so simple and will end without a plot twist?


Also Read- Bicchhoo Ka Khel Review: Is Munna Bhaiya back from the grave after Mirzapur?

Durgamati- The Myth promises to introduce its audience to mind-twisting suspense which can rarely be seen in current movies. Despite having an eye-catching haveli set, great VFX, hiring one of the best actors of Bollywood, and even by creating an almost frame-by-frame replica of the earlier film, the movie could not spice up and match the level of ‘Bhaagamathie’ and literally tagged itself with a one-time watch movie. The design department’s hard work with marvelous creativity for the set and costumes could be seen and well appreciated.

Previous articleBhaag Beanie Bhaag Review: A Perfect Show to Put A Grin Over Your Face
Next articleMovies To Watch on Amazon Prime Video, Netflix, Disney+ Hotstar and Zee5
Flickonclick

Amazon Prime subscribers will be able to watch unique content from 8 subscription-based OTT apps through the Prime...