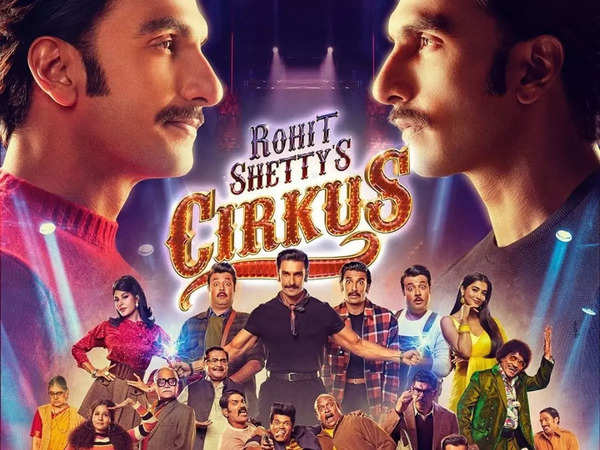 Cirkus starring Ranveer Singh, Pooja Hegde, Jacqueline Fernandez, Varun Sharma, Johnny Lever, Sanjay Mishra and the ensemble is going to release in the theatres on 23rd December 2022. The movie is going to be a comedy set in an older time. The trailer for the movie has already dropped and people are loving the colours in it. Cirkus cast salary and the amount that the actors have charged for this movie are discussed in this blog.

Ranveer Singh, the main lead in Cirkus has reportedly charged a massive amount of Rs 25 Crores. The Bollywood actor has made a fortune with this comedy movie directed by Rohit Shetty. The amount paid to Ranveer Singh for Cirkus puts him in the league of the biggest Bollywood superstars. Pooja Hegde and Jacqueline Fernandez the female leads of the films are charging Rs 6 and 5 Crores each for their roles.

Varun Sharma who is going to be seen in a double role in the film is charging Rs 2 Crores as his fees for the Cirkus movie. Veteran comedian Johnny Lever has been paid Rs 1.25 Crores for his role in Cirkus. Sanjay Mishra who recently starred in Vadh is taking home Rs 1 Crore for his character.

Siddharth Jadhav who has featured in many Bollywood comedies directed by Rohit Shetty is making Rs 80 Lakhs from Cirkus. Mukesh Tiwari has charged Rs 70 Lakhs while Vrajesh Hirjee has made Rs 55 Lakhs from the film. Lastly, Murali Sharma has been paid Rs 50 Lakhs for his role.

This concludes our list of Cirkus cast salaries. Cirkus is made at a budget of Rs 100 Crores and the film will need to do good at the box office to recover the cost. Reportedly Deepika Padukone and Ajay Devgn are going to make a cameo in the film without taking any money.

The first part of the superhero trilogy movies serves as the inspiration for Brahmastra’s production team. Some filmmakers...
Entertainment

As new era has begun in Bollywood where actors are only appreciated on terms of their acting skills...