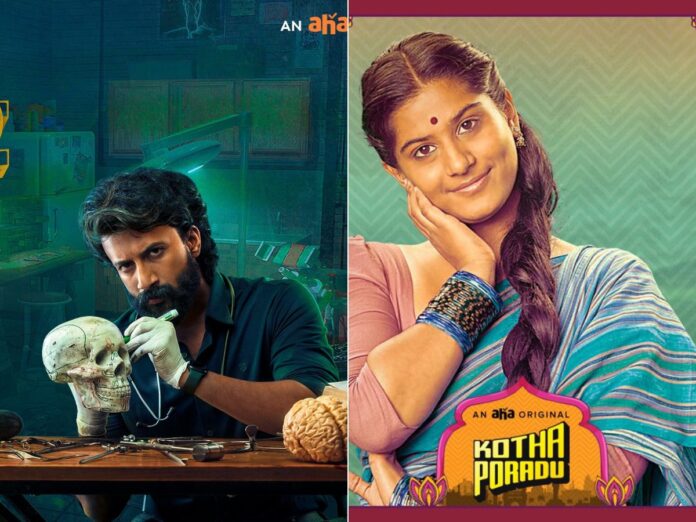 In this article, we have listed the 10 best Telugu web series that you can watch online. These web series are a mix of genres, ranging from thriller to comedy. So there is something for everyone!

We have also included a brief description of each web series, so you can choose the one that interests you the most.

In Kudi Yedamaithe, Durga, a police officer, and Adhi, a delivery boy, are caught in a time loop where they’re forced to relive a single day. In addition to struggling to break the cycle, they must deal with the added complications their attempts create. The story follows their efforts to solve the issues and escape the time loop.

‘Locked’ is a psychological thriller Telugu web series that will keep you on the edge of your seat. Dr. Anand Chakravarthy becomes stranded in his own home and must face off against Vaishnavi and her gang. The back-and-forth story will keep you entertained throughout. There are some flaws in the script, but overall ‘Locked’ is a well-done Telugu web series series that tells a unique story.

Kotha Poradu is one of the best Telugu web series that tells the story of Raju, a countryside villager who moves to the city. The film is set in Telangana and shows how Raju adjusts to city life while also trying to settle his late father’s debts. Raju meets a filmmaker in Hyderabad who changes his life. The show was one of the first five series produced for the launch of the ‘Aha’ streaming platform.

This Telugu web series Loser follows the journey of a skilled shooter who is chosen for the national team. He faces many obstacles on his road to success, including a lack of money to purchase a pistol for the national competition. Can he overcome these difficulties and defeat the corrupt system? With the support of his friends, family, and strangers, maybe anything is possible.

The Parampara story is one of David versus Goliath, in which a weakling battles his evil and scheming uncle for the honor and integrity of his father. In the eyes of the outside world, the relationship between Naidu, the family patriarch, and his brother Mohan Rao looks strong. However, the Naidu family is in jeopardy because Gopi, Mohanrao’s son, wants to expose Naidu, who has been mistreating Mohanrao under the false pretense of love. This sets up the tension between the two, which leads to power struggles.

Abhi and Shruthi are two characters who come from different cultures and traditions. They live in a society where people often disrespect and mistreat others because of their cultural background or beliefs. This creates a lot of tension and stress in their lives. However, despite all of this, they continue to strive for balance and integration between their traditional values and the modern world.

Pelli Gola is one of the top Telugu web series to watch online. It tells the story of two families who want their children to marry each other, but the children want to elope. The series follows the children’s lives and how they’re affected by their families desires. The show has had three seasons so far, and each season introduces new characters to keep the story interesting.

This love story is different from most because it follows a girl who is torn between two guys. You’ll get to see her inner thoughts and struggles as she tries to choose between them. This show provides insight into the complexities of love and relationships.

Geeta Subramanyam is a new-age romantic comedy web series in Telugu that focuses on a couple who live together. The narrative explores their continual squabbles and adorable battles, and how they come to understand their compatibility with one another over time. It’s a sweet and enjoyable show that will leave you wanting more.

The series follows Surya, a young man from the middle class who is trying to make a successful career for himself. However, he faces many challenges and setbacks along the way. The series offers a relatable plot with characters that viewers can compare to people in their own lives. It also highlights the struggles and difficulties that families can face. One of the most significant aspects of the show is how Surya, the main character, tries to find employment after graduating from college. This can be related to engineering students who are facing similar challenges.

Everyone loves a bit of thrill, suspense and mystery in the shows. The best thrillers can keep you...
Entertainment

The Viral Fever (TVF) is a YouTube channel that began in 2010. Their realistic and rather unique stuff...
Entertainment

You Season 4 is coming to Netflix in February 2023. The critically acclaimed show has already delivered three...