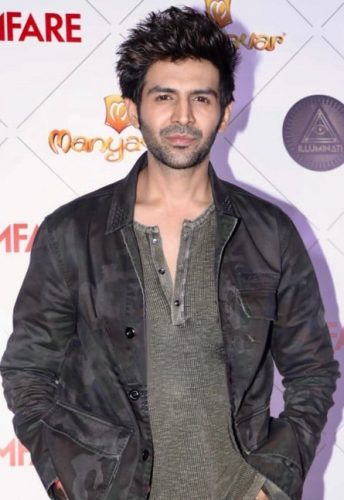 Amid India-China Border clashes, there is a sudden rush of boycotting Chinese products, apps, etc. in the Indian economy. Also, you must be aware that many Bollywood stars have been the face of Chinese endorsements. One of them was Kartik Aaryan, a great entertainer, and influencer amongst youth.

Kartik Aaryan is a popular face amongst teens and youth, has decided to quit the marketing campaign for Oppo. Seeing the outrage in the nation, he has taken a call to rake quits from the multi-crore deal by Oppo. And it’s not just him who has been endorsing Chinese mobile phones. There are various other actors added to that list. Those are Deepika Padukone, Aamir Khan, Ranveer Singh, Sara Ali Khan, Katrina Kaif, and Vicky Kaushal.

As per the reports Kartik Aaryan is no longer associated with the Chinese brand, Oppo. The step has been taken by him due to the India-China border clash.

He’s the first actor among Bollywood who has taken such a step. Also, the Confederation of all India Traders (CAIT) has asked the actors to quit endorsing Chinese products.

Seeing the tension, outrage in the nation, one can definitely say that our borders, soldiers, nation is under a continuous threat. Therefore, the Government has decided to give Chinese a lesson by inculcating the thought of Self-Reliant India. This means promotion, consumption, and manufacture of domestic products, reduce the reliance on foreign products, and increase the usage of domestic ones. This will help not only in boosting the economy by the creation of employments, factories, etc.

India has banned 59 Chinese applications. The Federation of Western India Cine Employees(FWICE) has also given a statement to media asking the artists, actors not to indulge in the promotion of Chinese products.

FWICE’s press statement: “We therefore request all not to endorse any Chinese brand in the wake of the ongoing tension between the two countries. It is an issue of a serious concern and we should all give utter priority to the safety and security of our Nation. For us the “Nation comes First”. Hence, we appeal all to kindly refrain from promoting any Chinese products or related brands.”

We need more actors like Kartik Aaryan to step up by boycotting of chinese brands in India.

Previous articleSushmita Sen, Director Ram Madhvani Confirms Season 2 Of Aarya
Next articleMovie Review: Should Netflix’s The Old Guard Be On Your Watch-list?
Flickonclick