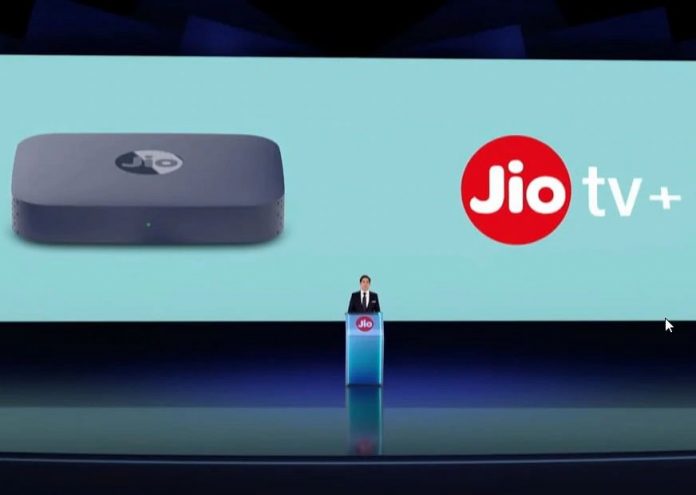 Jio tv plus the app will launch soon. Jio is seemingly going on an all-out war within every domain known to the human being. Starting from being a telecom company that brought internet revolution in the country to now launching an online Kirana store, Jio has done it all.


Recently they have been getting funded from all over the place by pitching the idea of Jio platforms and what it would grow into being. This is quite lucrative to look at and is one of the reasons why Google, Facebook, and other big names have been doing heavy investing.

Many things were revealed in a conference held by Jio platforms and hosted primarily by Mukesh Ambani and family. They’ve introduced what the future looks like for Jio.

Some of the most exciting things announced were the AR Glasses, new Jio TV model, Probable 5G network coming soon, and much more.

Among all that, the new module for Jio TV has been able to grab a vast deal of attention. The reason being that it boats to club some of the biggest OTT platforms under one roof.


Yes! you heard that right, you won’t have to switch from platform to platform in search of different content anymore with the upcoming Jio TV module.

The new platform would be called Jio Tv Plus, which in itself says that it’ll be arriving with some extra features.

“For decades, TV content has been largely broadcast-dependent without any interactivity. With JioFiber, we have reimagined this experience and brought interactivity to TV. Through the Jio App Store on the Set-Top Box, one can access internet applications across multiple genres such as entertainment, education, health, cooking, yoga, gaming, religion, and many more,” were the words used by Akash Ambani while introducing Jio TV Plus.

The list covers some of the most prominently watched OTT channels. The reason it’s attractive is that most of us have any subscription to these services that aren’t availing it to the fullest. And would switch here and there in search of diverse content.


The current situation is like having cable with only one channel on it and no matter, how good shows they offer. We would always want more. And Jio TV plus target that in the right manner.

Also, some other features include content search using voice, creation of polls, and much more. It would also be economically viable to purchase one subscription for all the OTT services instead of purchasing them individually.

And knowing that it’s coming from Jio, the expectations are that the price would be on the lower side of the spectrum.

What are your thoughts on Jio Tv, tell us in comments.

ALSO READ: JioMeet 2020 Review: Can It Be a Zoom Alternative or Not

All the movie lovers are always in the search of the finest movies to kick-start their new year...
Entertainment

Pathaan is releasing in the theatres on 25th January 2023, but many people who prefer to watch the...
Entertainment