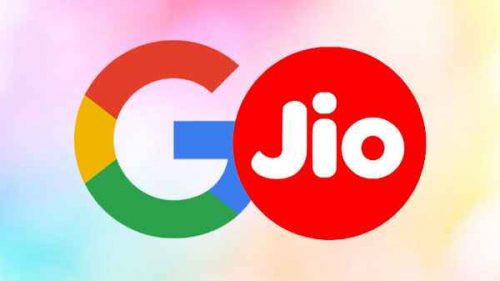 Google will invest a staggering $4.5 billion (Rs 33,828 crore) amount in India’s biggest Telecom Jio Platforms in exchange for a 7.73% stake in the company. The decision was followed by another investment of Facebook who invested $5.7 billion (Rs 43,000 crore) in Reliance’s Jio back in April. 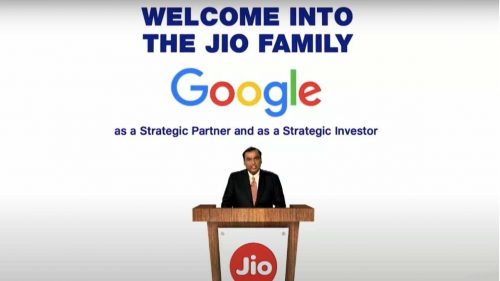 Search Engine Giant made the headlines on Monday when Sundar Pichai, CEO of Google and Alphabet Inc. announced a whole sum investment of $10 billion in India spread across in five to seven years period. And this is the very first investment in an upcoming long term relationship on Indian grounds.

The Indian-born CEO also shared the new Google for India Digitization Fund through which the company will be making investments in the country. “We’ll do this through a mix of equity investments, partnerships, and operational, infrastructure, and ecosystem investments”.

Pichai was also seen boosting the Indian digital market capabilities and tagged the investment as a “Reflection of their confidence” in the Indian digital economy. The US tech giant wants to tap into the 500 million internet users in the country and provide basic internet access to them.


Highlights of the first phase suggest that Google is planning to work in a coalesce with the Indian telecom and bring low-cost smartphones for the Indian market. “We are excited to rethink, from the ground up, how millions of users in India can become owners of smartphones,” he added.

This year has been quite fruitful for the industry mega-giant. Reliance Jio Platforms, which is a four-year-old subsidiary of the Reliance Industries, has raised more than $15.7 billion. Starting from mid-April, 12 overseas companies have invested in the telecom with a good margin of stakeholding.

Additionally, the news came when Jio recently crossed the 400 million users mark in the country. This could be a major support to the US-backed company and provide a strong base to further assistance. Experts suggest that is a more win-win situation for Jio and India rather than Google. As Google will invest in Jio, Mukesh Ambani is now richer than Alphabet (Google’s parent) co-founders Sergey Brin and Larry Page in terms of net worth, becoming the world’s sixth-richest person.

Google announcement came at the right time when India stepped off from a major portion of the Chinese firms. New Delhi last month banned 59 apps and services developed by Chinese companies. Among those that have been banned include TikTok, UC Browser, and WeChat.


Not only does this open gate for US-based companies like Google, Facebook, and Amazon’s but it is very beneficial for the Indian startups and leading business ventures. This way our employment sector can overcome the slowdown in the national economy caused by the COVID-19 pandemic.

Previous article
How To Claim Insurance For Your Stolen Car, Follow these Steps
Next article
Save Yourself From These Common Mutual Funds Investment Mistake
Flickonclick

If you're a Jio user then you'll have the option to recharge jio number be it prepaid or...
Technology

Samsung is ready to step in 2021 by launching its Galaxy S21 lineup of smartphones in January. Three...
News

Google officially announces the expansion of the Google Play Pass subscription-based game store on its worldwide platforms. With...
Offers

Flipkart is back with the Big Savings Days sale introducing great offers and discounts ahead of Republic Day....
News

With the upcoming Google Pixel 6, there's much to change, including everything on the inside too. The biggest...
Offers

Mobile Number Porting was something launched by the telecom back in the day in order for a user...
Finance

Choosing the right financial product can be daunting. But with careful consideration, you can narrow your options to...
Offers