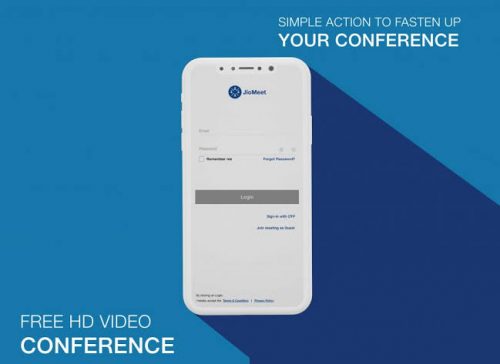 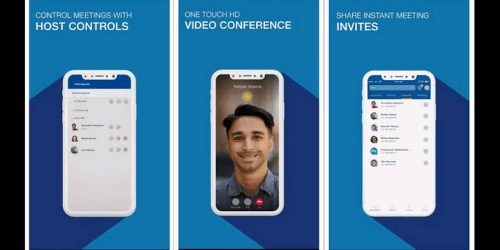 From the time of lockdown, video conferencing platforms including Zoom, Google Meets, and Microsoft Teams experienced a huge spike in their usage. And it made sense also. A major part of the Indian population was working from home and required to coordinate their meetings.


While Zoom served as a major solution of the lockdown hefty meeting periods, the Indian government issued many warnings related to the app’s security features. And now, especially when the Indian administration banned 59 Chinese apps, having an Indian app as their choice is what most of us will choose.

One of the best things about the app is that it is not a necessity to be a Jio user to use the JioMeet app. The app, as said before, is available for all users. To sign up or log in, you will require a working email ID or phone number, whichever the user chooses to sign in with.

If you have used Zoom, you may find JioMeet easier to navigate and explore. The app comes with tiles including “new meeting”, “join”, “schedule”, “share screen” and other important shortcuts on the home screen. Also, you can exercise the real-time chat option in the app.

Till now, Jio hasn’t announced any premium plans such as Zoom. The Zoom app offered three plans in the service. First, a Free Tier for a 40 minutes call and 100 participants for small business meetings and educational lectures/ seminars. For a large crowd, Zoom also offers a monthly subscription of $14.99.

Jio has also assured the users that their new video conferencing app will host password protected and encrypted meetings. Though there are no statements made on the E2E (end-to-end) encryption yet. But assumptions are made that it could exercise this feature soon.

The biggest USP of JioMeet is that it allows unlimited meetings in a day. With over 100 participants in each meeting, it is a great feature and a strong competition to the Zoom app. There is also the ‘Waiting Room’ feature so that no one can enter without your permission.

Lastly, JioMeet allows multi login of up to 5 devices. And HD video quality at least internet data consumption. The app has already hit the 1,00,000 downloads on the Google Play Store and has a rating of 4.4 out of 5. JioMeet can definitely be an alternative to chinese app Zoom for video conferencing

Kangana Ranaut is coming into a new form with her newly released 'Thalaivii', a biopic on the life...
Technology

Some of the Amazing Plans Available, Benefits and Validity for the Jio Fiber Plans 2021

Jio is offering its Fiber Plans starting as low as Rs 399 already competing with all other broadband...
Entertainment

The season 2 of Kota Factory might be taking all the limelight, so it deserves, but there are...
News

Four More Shots Please! Season 3 Review: The Amazon original series continues to be a pioneer in the...
News

Jio is giving out offers like crazy from the very start and that's why it's one of the...
News