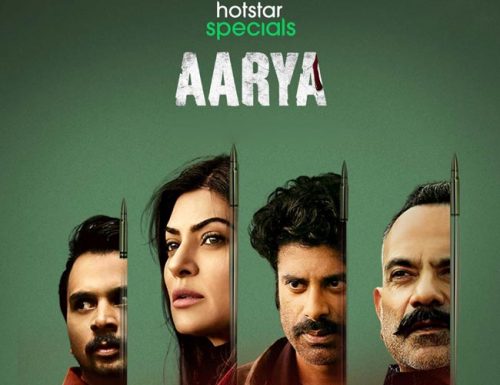 Bollywood classic diva Sushmita Sen made her digital media debut with her latest series ‘Aarya’. Soon after the release, the series became a major hit and the internet was buzzing all over again and fall for Sen’s impeccable acting. Now, not so long after the end of Season one, actress Sushmita Sen and director Ram Madhvani have announced ‘Aarya’ Season 2.

The Hotstar Originals series ‘Aarya’ has renewed for another season installment. The news was revealed when Sen and Madhavi shared an Instagram Live session on Saturday and announced the grateful news to their fans. Both the Bollywood celebrities also held a Live Q&A session for the fans related to the news of the series.


“Thank you @madhvaniram for making your Instagram Live debut with me. Our conversation & its honesty is a progressive step, towards celebrating both the applause & the critical view of our audiences! It brings clarity to the thought & process behind creativity. Now let’s begin work on Season 2 #Aarya,” the caption read.

Sushmita Sen made a sensational digital debut after a pause of 5 years from the industry. Though she was actively participating in Live sessions and posted photos of her on social media, but was missing out in the industry. Now, after 5 long years, Sen’s new series acclaims as one of the best roles she has ever portrayed on screen.


“Aarya represents strength and determination of mother for her children,” said Sushmita Sen

Speaking out, Sushmita shared her visions about the series. “Aarya represents strength, determination, and above all vulnerability in a world full of crime, a world run by men. For me, it is the story of family, betrayal, and a mother who is willing to go to any length to protect her children from any evil”.

Sen also shared that it took her decades to find a role like this one. With an incredible plot and company of some of the finest coworkers from the industry, it was a mesmerizing experience for her. “I am thankful to Ram Madhvani and his team for giving me the role of a lifetime,” she concluded.

‘Aarya’ revolves around the story of a mother of three children who has lost her businessman husband Tej while gang rivalry shooting in broad daylight. Now, with all responsibilities over her head, Aarya must find a way to run the medicinal business (illegal opium trade) and take revenge for her loss, all while fighting against all odds to safeguard her children.

The show stars Sushmita Sen as the lead role. Added to her star line are Chandrachur Singh, Sikandar Kher, Flora Saini, Maya Sarao, and Namit Das. The series has gained a good rating of 8.1 on IMDb. It is available to watch online on Disney+Hotstar application. Stay tuned for more latest entertainment updates.

You might have subscribed to a monthly plan of one or the other OTT channels like Disney+Hotstar, Netflix,...
Trending

Liked Money Heist? With a glimpse of the extension in the lockdown and already exhausted the top drama...