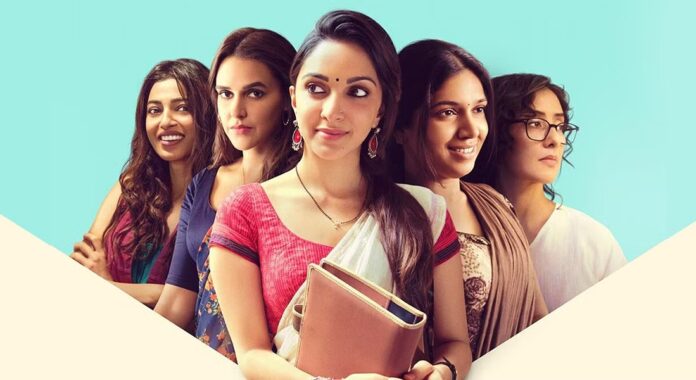 Indian Sexy Movie List | 6 Best Sexy Hindi Movies to Watch Online: What are some of the sexiest Hindi films that you have seen in your life? You must have been thinking about films like Murder, Hate Story 3, Jism 2 and more. However, what if we tell you that there are some sexy Indian movies that you have still not watched despite them being the hottest Hindi films out there? Some sexy Indian movies have slipped under your radar, and we have done some research to bring you the hottest Hindi movies you have ever seen. You must have been getting restless to know the names of these hot and sexy Hindi movies. Well, without any further wait, let’s count the sexiest Indian films.

Starring Shilpa Shukla, Shadab Kamal and Rajesh Khanna B.A. Pass is one of the most daring Indian movies ever made. This sexy Indian movie has been hailed as one of the finest and hottest Hindi films ever. The movie follows a B.A. aspirant who movies to Delhi in order to acquire an education and support his sister. However, he gets involved with a woman who has some insane fantasies, which puts his life in jeopardy. You can watch this sexy movie right now on YouTube.

Father William and Rosemary fall in love, and their forbidden passion are punctuated by treachery, jealousy and hatred in this sexy Indian movie which was released way back in 2005. The hot quotient of this Hindi movie is yet to be topped by other films in the market. Shiney Ahuja and Seema Rahmani play the main roles in this sexy Hindi movie. You can now watch the movie online on Amazon Prime Video.

Now in this Indian sexy movie list is this film which is definitely one of those hot Hindi movies about which you may not have heard of. In the film, the two girls share a very close bond and are best friends. However, when one of them falls in love with a boy, the other strives to create a rift between the two as she feels an emotion that is hard to describe. Isha Koppikar and Amrita Arora play the main roles in this sexy movie. It is available to stream on YouTube.

You probably have not heard of this sexy Indian movie as well. The movie features prominent Bollywood stars like Neha Dhupia, Achint Kaur and Sanjay Kapoor. Mihir, a powerful businessman, develops feelings for Julie, a prostitute. She hesitates to accept his marriage proposal because of her work and bleak past. You can watch this sexy Hindi movie on the OTT platform Disney+ Hotstar.

The OG movie in this Indian sexy movie list, Aashiq Banaya Apne, is perhaps one of the first films which created the image of a serial kisser for Emraan Hashmi. Even though he is unable to convey his thoughts to Sneha, Karan loves her and is joyful to see her smile. Vicky, Karan’s outgoing friend, draws Sneha’s attention to him, which complicates matters. You can watch this sexy Hindi movie on the OTT platform MX Player.

Youtube is the most popular video-sharing site, and it is Google's fastest-growing platform. You can master anything and...
News

You may have already watched the thriller web series Special Ops on Disney+ Hotstar, but do you know...
Entertainment

Netflix is filled with shows that can be binge-watched time and again, but whenever you're out for the...