Gaurav Gupta Cofounder Of Zomato Quits, Get To Know The Full Story Now 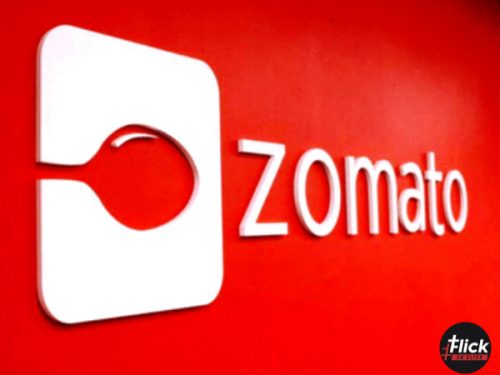 Gaurav Gupta, the co-founder of the recently IPO gone company and one of the most successful companies in the country, Zomato, has resigned from his current role. What was the reason or why did he felt the need to do so? Well! Learn about all that in this article.

I am taking a new turn in my life and will be starting a new chapter, taking a lot from this defining chapter of my life – the last 6 years @zomato. Grateful for all the experiences and all the love.https://t.co/LfUOzsz6sP

Now, to start with the point that it’s not the first time someone from Zomato’s top management called it quits. The company initially started with the poster boy or face of Zomato, Deepinder Goyal, and two co-founders Gaurav Gupta and Pankaj Chaddha.

But Chaddha left the company back in 2018, stating that he is looking forward to new things, precisely the same statement as Gaurav Gupta while submitting his final resignation documents.

[1/2] – After 10 yrs, I am moving on from @Zomato to try out something new. I’ll continue to play an active role till the end of this month. Have been thinking about this for a while, and the timing seems right today as Zomato is back to being a rocket-ship 🚀

It is to be noted that several ideas from Gupta have been rejected and outtalked from Deepinder’s side recently. The company had just gone IPO about two months ago, and thus, this kind of management level exit does not look for the company’s future.

The share of Zomato has turned shaky, and I felt the tremours of the co-founder’s exit.

There was some clash between the top-level management and the exiting founder over implementing ideas or related things, which is the only rumor that is looking close to the truth. We definitely cannot back that theory up, but it’s what’s cooking in the open among analysts and experts in the domain.

Zomato is also experimenting with their funds and investing in other companies regarding their expansion plan, which is why they have 10% shares in Grofers, one of the top supply chains for groceries and daily essentials.


They did play a good one out there with Grofers, as opening up, their sector in the same domain would require lots of capital, and then again, we expect a heavy discount when it comes to Zomato, which they cannot pull off at the moment due to cash crunch.

Swiggy To Deliver Food Using Drones, Got Approval and Funded By Zomato&#8217;s Investors

The following steps would be to look at the investors and their behavior and Zomato’s game plan from here on afters. For information, check out FlickonClick’s Google News Page Now.

Swiggy To Deliver Food Using Drones, Got Approval and Funded By Zomato’s Investors

Zomato made its successful and sudden announcement of the Zomato IPO. This announcement has left every one of...
Offers

How to Get Free Zomato Pro Membership in 2022? Here are a Few Tips and Tricks

Zomato, the most popular food delivery brand in India, has introduced the Zomato Pro membership, which is an...
Lifestyle

Getting food delivered to your home after 1 AM in Delhi used to be a hassle before Zomato...
Entertainment

How Zomato and Swiggy Changed the food industry in India.

The food industry is ever evolving one, whether it be the invention of popsicles that everyone loves to...
Entertainment

Earlier this week, Hitesha Chandarnee, a social media influencer, took to Twitter a video of her getting assaulted...
Lifestyle

Getting food delivered to your home after 1 AM in Delhi used to be a hassle before Zomato...
Finance

Zomato made its successful and sudden announcement of the Zomato IPO. This announcement has left every one of...