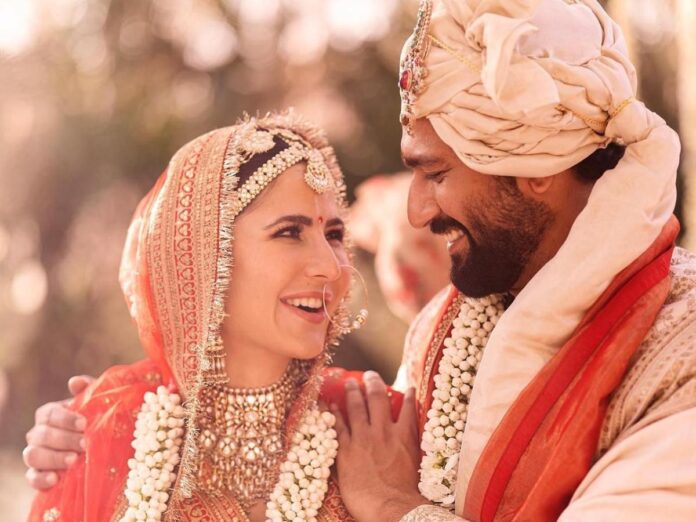 Vicky Kaushal marriage with Katrina Kaif finally took place yesterday evening! It doesn’t get any more official than this.  On Thursday evening, the celebrity wedding took place in Sawai Madhopur, Rajasthan, in the attendance of a few relatives and friends. On social media, they posted photographs from their ceremony.

The couple had been together for two years, according to reports. Vicky Kaushal and Katrina Kaif both posted Caption alongside photos from the ceremony.  Only love and hearts in our souls for everything that got us to this moment. Seeking all your love and blessings as we begin this new journey together.

Even though it was Bollywood’s recent major ticket wedding, the entire event was kept extremely private. The entire wedding ceremony/event was a stunning but covert affair, from a no-photos NDA agreement to a mandatory RT PCR test for unvaccinated attendance/guests. 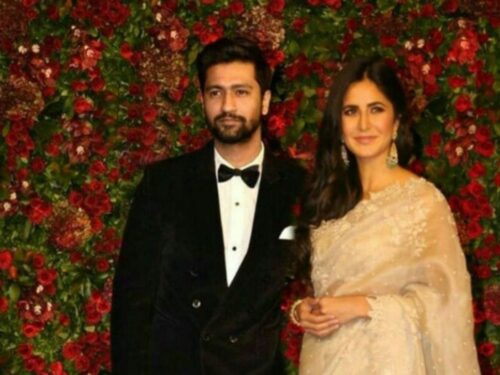 While fans were mainly under wraps on the evenings of the Mehendi and sangeet (December 7 and 8), the press did manage to capture images of different visitors on their way to Jaipur.

Several people, including Katrina Kaif’s relatives, director Kabir Khan, actress Neha Dhupia, and singer Gurdas Maan, were sighted at the Airport terminals as they prepared to board a plane to Jaipur. Maan, as well as the musical group Shankar, Ehsaan, and Loy, apparently played during the sangeet.

Vicky Kaushal and Katrina Kaif got married on December 9 at the Six Senses Fort Barwara in Rajasthan, under heightened security. The images from their wedding are now live on social media. According to records, a total of 120 people attended the high-profile ceremony.

Among those in presence were Angad Bedi, Neha Dhupia, Kabir Khan,   Malavika Mohanan, Gurdas Maan, Radhika Madan, Sharvari Wagh, Mini Mathur, and others. Salman Khan and his relatives, on the other hand, did not visit Katrina’s wedding. He took a flight to Riyadh for the Da-Bangg trip.

Vicky and Katrina were Secretly Dating:

Vicky and Katrina had kept their Love Life a secret until now. They were first connected in 2019. While they avoided reflecting on their private relationships, they were frequently seen together during parties and even on holidays. They also reportedly spent  New year Celebrations in Alibaug with their relatives, Sunny Kaushal and Isabelle Kaif (Siblings). The stars were already seen together 2 years ago throughout a Film Companion chat. Followers of both Katrina and Vicky have not backed away from pushing the couple together since then. Vicky appeared to faint after his engagement on Koffee with Karan after learning that Katrina wanted to collaborate with him on production, fueling speculation that they were dating.

On the job scene, Vicky Kaushal and Katrina Kaif are both enjoying the popularity of their respective films, Sardar Udham and Sooryavanshi.

You cannot avoid the thrill and craziness of Koffee With Karan if you are a fan of Bollywood....
Entertainment