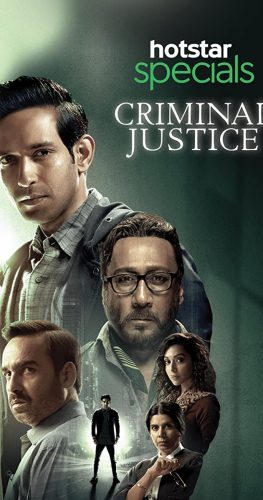 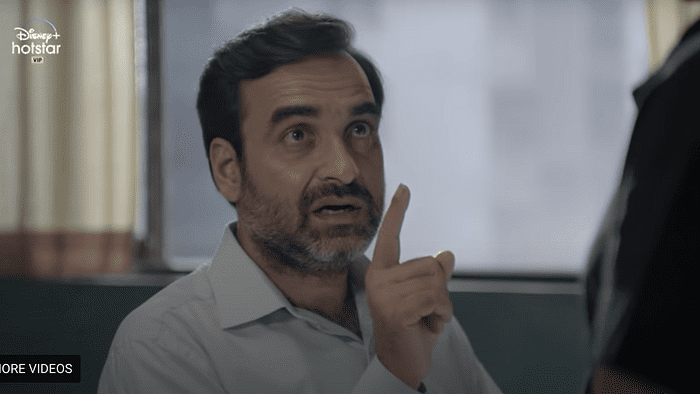 Successful Criminal lawyer Bikram Chandra (Jisshu Sengupta) has everything one wants – But, something wasn’t right. Though from the outside everything seems ‘perfectly splendid’ but there are moments between Bikram and his wife, the conversation they had seems a little odd. This gives the audience a little inside and lots of build-ups that helps the story to stay poignant and moving.


The first episode ended with Vikram Batra’s wife Anuradha (Kirti Kulhari) being charged with the attempted murder of her husband. Then the whirlwind of thriller and suspense begins with the question, is she innocent or not?Get a Free Subscription to Disney+Hotstar with Airtels 401 plan.

Madhav Mishra (Pankaj Tripathi) along with his colleague Nikhat (Anupriya Goenka) reunites to fight in defense of Anuradha and set out to know the truth that is Anuradha guilty or innocent?

Criminal Justice season 2 deals with the basic ideology that “Innocent until proven guilty” but how often we overlook it and comes with our own set of opinions based hardly on facts but just on words and media. It shows the toxic side of media and how it alters reality when it comes to high profile cases.


Pankaj Tripathi as always excels in his work as Madhav Mishra. His acting, dialogues, body language all give the audience a little laugh but lots to ponder.

Kirti Kulharo did splendid work. Her emotions were on point and very convincing. Her heart-wrenching performance makes you feel bad even after the show ended.

The show has everything that you can binge too. A good background score turns the event from subtle to solid. Dialogues that leave lasting impressions on people. Costume and designs were on point.Simple Steps To Get 6 Months of Tinder Plus Subscription For Free

Some moments stood out and took the spotlight and left the audience asking for more. The scenes that help to conclude the climax was everything you could ask for.


How words played an integral part in the show is still exhilarating and astounding.

Criminal Justice shows us the brutal truth of today’s society. It has its own short-coming but it doesn’t stop it from giving us the lesson and the truth we needed to know, see and hear by ourselves. But also leaves us hopeful.


Previous article
McDonald’s Happy Meal is just a Whatsapp Away!
Next article
Whatsapp in 2020 :New Features of WhatsApp During the Year 2020
Flickonclick

Good news for Apple TV+ subscribers that the free trial subscription is going to get extended once again...
Entertainment

Disney+ Hotstar and Amazon Prime are two of India's most famous OTT platforms. Both of these streaming giants...