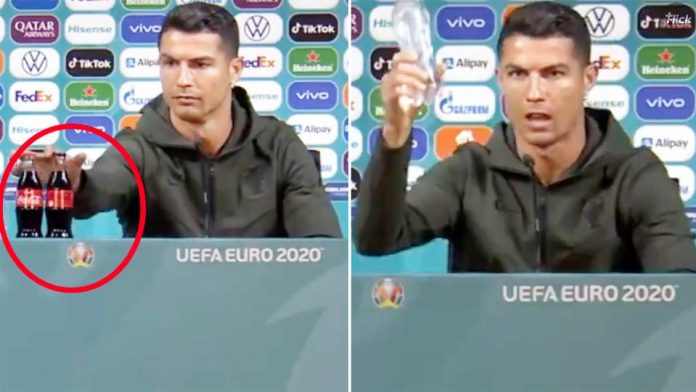 During a Euro 2020 press conference, the actions of the football star Cristiano Ronaldo led to a controversy when he placed Coca-Coca bottles aside which were kept in front of him. The reports suggest that this small action by the football legend had cost a fortune to the aerated beverage company.


On the eve of Portugal’s Euro 2020 opener against Hungary, the star legend attended a press conference where Coca-Cola sponsored the event and being the sponsor, bottles of Coca-Cola were placed on the table right in front of him. Unfortunately, before starting the press conference, the 36-year-old footballer moved those aerated beverage bottles out of the frame.

Top 10 Disadvantages of Drinking Too Much of Coconut Water

After keeping bottles of Coca-Cola aside, Cristiano lifted up a bottle of mineral water in the air and said ‘Agua’ meaning water in Portuguese, urging people to drink water instead. Shortly after this small incident, this took a form of controversy as the clipping went viral on the internet and ‘Cristiano Ronaldo Coca-Cola Video’ began trending on social media. 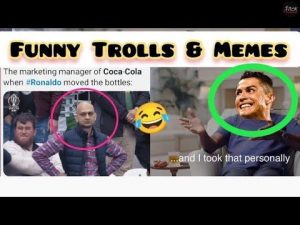 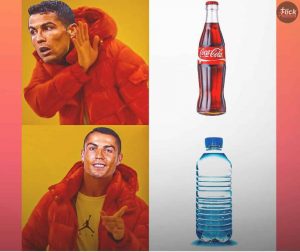 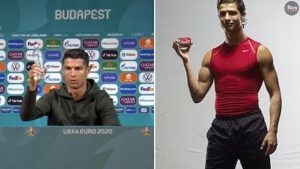 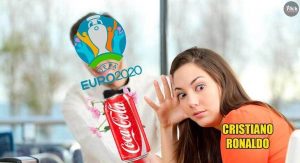 Fans appreciated him for promoting healthy food choices as a sports icon. Unfortunately, this short clipping of Cristiano keeping the bottles of aerated drinks out of the frame caused a huge fortune to the company, and had to face a massive loss of finances.

A recent report says that a small gesture which the football player displayed in the press conference has cost the company $4 billion in stock value. The Coca-Cola stock prices sunk down by 1.6% and reached USD 238 billion from USD 242 billion after the Cristiano Ronaldo controversy.

Meanwhile, a Coca-Cola spokesperson came forward on behalf of the company and has responded to Cristiano’s controversy saying that apart from Coca-Cola or Coca-Cola Zero Sugar, players were also offered water on their arrival at the Euro 2020 press conference. After all, it’s a personal choice what players prefer to drink.


Aside from this controversy, the football star made his fans surprised after he scored two goals in the Portugal Vs Hungary opener match and with this, he surpassed France’s Michel Platini to become a record goalscorer and have taken his tally to 11. Portugal made a phenomenal start by defeating Hungary three times with a score of 3 – 0 this time in the Euro 2020 opener at Puskas Arena.

In an unfortunate turn of events, the incredible Indian Hockey Women’s Team lost 4-3 to Great Britain at...
IPL

The announcement of Lionel Messi departure from FC Barcelona was made in a statement by Barca: “Despite FC Barcelona...
Entertainment

Our world is full of thousands of kinds of games, of which many are still unknown to all...
Entertainment

Just like in other sports fields, India has achieved success in badminton as well, And a lot of...
News