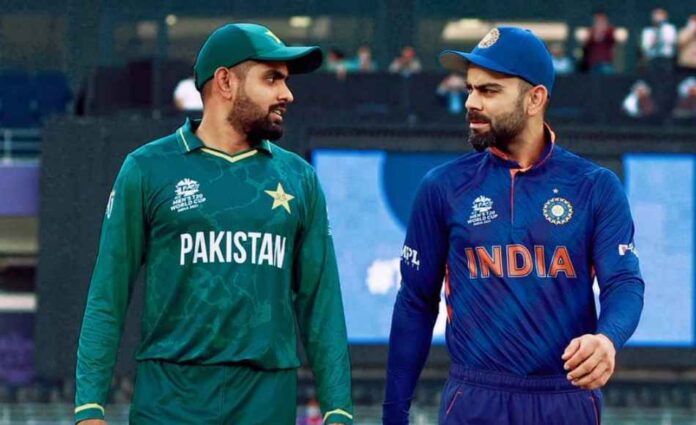 Cricket enthusiasts on both sides of the border are salivating at the thought of India vs Pakistan. It doesn’t get any greater than this for two cricketing superpowers with rich traditions and rabid followers. It’s been nearly eight decades since the two nations first met, but the rivalry has only grown stronger since the 1980s. India has a perfect record versus Pakistan in World Cup competitions. But last year Pakistan break the record and won for the first time in T20 World cup matches against India.

Today, India and Pakistan will meet at the same venue where the T20 World Cup 2021 was held. Pakistan crushed India by 10 wickets last time. So, Let’s see Whether India is going to take revenge or Pakistan will be pressurizing India with the victory. Pakistan defeated India by 10 wickets in their T20 World Cup start on Sunday, marking the country’s first-ever World Cup triumph over its rivals. Mohammad Rizwan (79 not out) and skipper Babar Azam (68 not out) hit undefeated half-centuries to help Pakistan to 152-0 in 17.5 overs.

Pace bowler Shaheen Afridi (3-31) had previously shaken India’s top order by dismissing both batters Rohit Sharma and KL Rahul in his initial two overs, before captain Virat Kohli’s 57 off 49 balls pushed India to 151-7. It was Pakistan’s first-ever 10-wicket triumph over any opponent in a T20, while India suffered the humiliation of falling by such a score for the first time.

In 2016, For the first time, the Asia Cup was contested in the T20 format 2016. That heightened an already enticing duel between Mohammad Amir and Virat Kohli. In Dhaka. India defeated Pakistan by 5 wickets with 27 balls left. Following the dismissal of batsmen Rohit Sharma and Ajinkya Rahane, India’s advantage was confirmed by Virat Kohli’s 49 off 51. Pakistan, playing first, was bowled out for 83 runs in the game’s T20 edition in Mirpur.

The Indian innings had some early problems thanks to some excellent bowling by Mohammad Amir, who grabbed 3 simple wickets for three runs. Kohli’s relatively close 50 and Yuvraj Singh’s superb batting helped to steady the ship, and skipper M.S. Dhoni ended the game with a boundary.

In the game that was conducted in Bangladesh, India defeated Pakistan by 6 wickets. Virat Kohli’s 183 off 148 deliveries, his highest ODI score so far, helped India chase down the 329 runs Pakistan had accumulated batting first.

Mohammad Hafeez and Nasir Jamshed both the batters of Pakistan had both made centuries, but Kohli’s blazing performance boosted India’s triumph. He hit 22 fours and one six to assist India in victory by six wickets with 13 balls left. 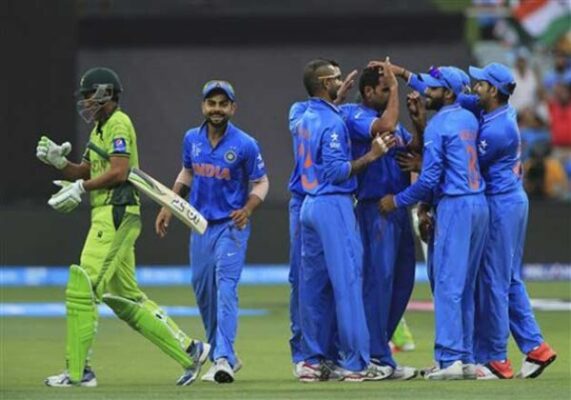 India-Pakistan history was reignited on February 15, 2015, when the two countries met in a World Cup game. In World Cup games, Team India maintained its perfect record against Pakistan. India defeated Pakistan by a score of 76 runs.

Indian skipper M S Dhoni won the toss and chose to bat in the group stage game at the crowded Adelaide Oval ground. Team India fixed a target of 301 in their 50-over allocation, flying high on Virat Kohli’s magnificent 107 and Suresh Raina’s 74. Indian bowlers supported the batter’s attempts and ended Pakistan’s innings at 224 runs, handing them another ICC tournament setback.

The Champions Trophy championship in 2017 brings back painful memories, but it’s only fair to declare that our rivals earned to triumph. Since the turn of the century, Indian cricket has grown in power, whereas Pakistan has witnessed a marked fall, that is why, when these two sides faced in the final, India was a clear favorite.

The reality that Pakistan had already been defeated by India in the competition didn’t assist their cause. On this particular day, though, things would be different. When India batted first, Pakistan struck an impressive 338 in 50 overs, led by opener Fakhar Zaman’s 100. India could only muster 158 scores in response.

This India-Pakistan Asia Cup 2010 encounter is notable for the battle between Harbhajan Singh and Shoaib Akhtar. The two exchanged words before Harbhajan blasted Mohammad Amir for a six, which helped the team secure a thrilling victory.

Pakistan batted first, and Salman Butt’s 74 brought the team to 267. In response, India won by three wickets thanks to Gautam Gambhir’s 83 and MS Dhoni’s 56. 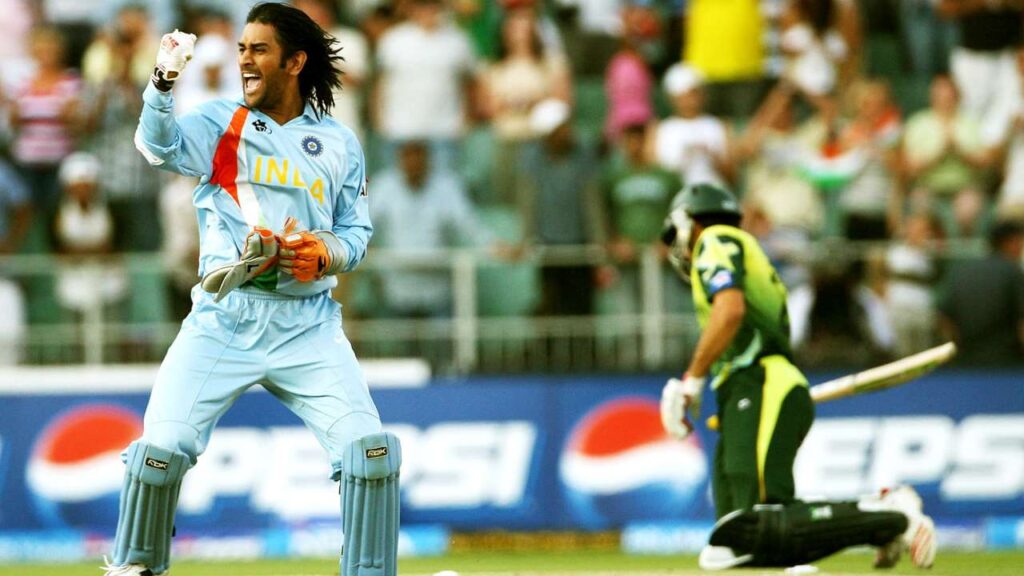 As India increased the pressure, RP Singh hit quickly with the wickets of Mohammad Hafeez and Kamran Akmal, and Irfan Pathan was superb with statistics of 3/16 in his stint.

Cricket matches between India and Pakistan frequently flare up, and the inferno envelops the two countries like a blaze gone crazy possibly due to the scars of Partition, wars waged between India and Pakistan, or the never-ending Kashmir narrative. Nobody understands how the two countries might reconcile their political disagreements if they are willing. But there is some optimism in the cricket universe. The warm friendliness and tolerance between modern Indian and Pakistani cricketers are coming clean, if not much, for fans of the sport.

Read More: 10 Cricketers With the Most Struggling Life Stories

It is time for Indian athletes to shine in the most-awaited Tokyo Olympics that got delayed for a...
Offers

The IPL is here and upcoming is the season of festivals, which is why celebration is a must....
Entertainment

The Middle East will feature the FIFA World Cup, the most prestigious football championship, for the first time,...
Entertainment

Bollywood sports-based films are a must-see for Indian audiences since Bollywood and sports are a good combo. They...
IPL

The Indian Premier League (IPL) has brought many talented players to the notice of viewers since 2008. Hardik...
News

Just like in other sports fields, India has achieved success in badminton as well, And a lot of...