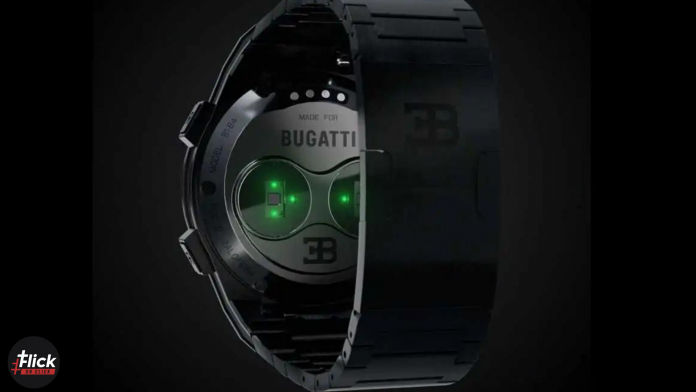 Bugatti is now ready with their new smart watch collection in collaboration with VIITA Watches, which is an Austrian watch manufactures. 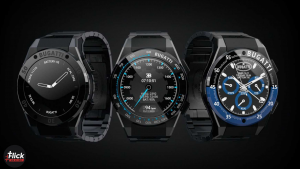 The smartwatch will be a significant addition to your collection if you’re a motorsports fan or just a four-wheeler enthusiast. It comes around a price comparable to that of high segmented devices such as the latest Apple Watch series.

Coming towards the specifications of the watch then you can say that it is coming off with some of the great features which are available in the same price segment.

While the Bugatti’s logo is the most significant things in the overall watch, it does consist of a 1000 piece machinery inside the watch head. Moreover, it has a 14-day battery life for a watch of 445mAh battery capacity.

Talking about the screen, it comes with a high-res 390×390 pixel LED touchscreen with a scratch-resistant ceramic glass panel. Along with that, it has 90 sport modes, health sensors, an accelerometer, GPS, and sensors for measuring heart rate and heart rate variability.


Now, the watch comes in three variants namely Bugatti Pur Sport, Bugatti Le Noire, and Bugatti Divo. All three of them have a big Bugatti logo embossed over them in ceramic.

The starting price for the watch is ₹79,351, which might sound a little over the top but again, remember it’s coming from the house of ‘Bugatti’.

If you’ve been a fan of speed then you must already know what the name ‘Bugatti’ signifies, don’t you?

Well! If you don’t then we would like to tell you that Bugatti presents you with one of the fastest lineups of premium sports cars and is one of the prominent global leaders in the segment of a sports car.

Owned by Volkswagon Group, it comes under the belt of the world number one group of car manufactures conglomerate.

Moreover, if you see the list of the world’s fastest cars then Bugatti Chiron Super Sports comes on the second rank.


While Bugatti Veyron comes on the 5th pedestal in the same list. Buggati Chiron Super Sports was recently thrown off from the first position by SSC Tuatara achieving 316 mph over Chiron’s 304 mph record lap.

Netflix, an American over-the-top content platform and production company that was founded on August 29, 1997, has now...
News

Facebook-owned Whatsapp upcoming features are quite to look up to. Whatsapp is known to add a tonne of...
Technology

That day have arrived when we were expecting to hear something spectacular about Facebook. As per the latest...
Technology

During the time of coronavirus, Instagram has ramped up their game and introduced food delivery through its app....
Technology

Motorola Moto E32s with a starting price of ₹9,299 has been launched in India through the e-commerce platform...