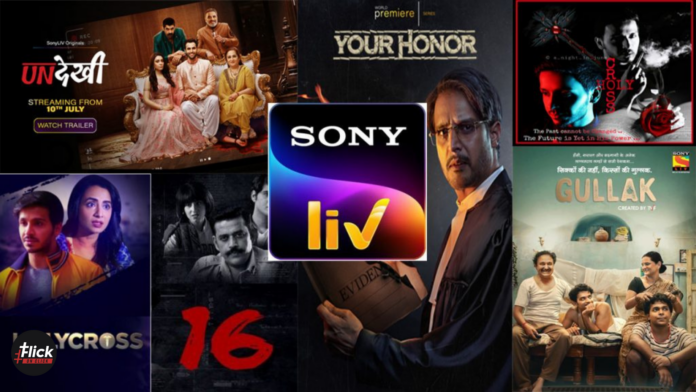 Viewership on OTT platforms has surged after the covid 19 pandemic. People cannot visit the theaters due to lock downs, but they are no longer disappointed. SonyLIV, one such OTT platform, always lives up to our expectations. We have recently seen so many excellent OTT web series that we have overcome the sorrow of going to the theaters on weekends with our friends or family. Let’s look at some best SonyLiv web series today.

This web series is based on the stock market scam by Harshad Mehta in 1992. The series takes references from the book Who Won, Who Lost, Who Got Away.

This web series became so popular that it grabbed the Number 1 Position in IMDb, beating Chernobyl and Breaking Bad. The series portrayed the rise and fall of the stockbroker Mehta. Pratik Gandhi played the role of the Big Bull and wholly aced it. After the significant hit, the team is making another scams series based on Abdul Telgi 2003 scam case.

Gullak has a rating of 9.2 in IMDb, which comes under the banner of Viral fever (TVF). Viewers appreciated the first season very much. The second season came after a year in 2021 and garnered mixed reviews.

The plot revolves around a middle-class family and their daily struggles. The Mishra family will make you smile as you go forward in the series. Join the Mishra family- the husband, wife, and their two children to get a flavour of North Indian small-town life.

The girl’s hostel revolves around female dental students who live together in a girls hostel. The four different girls are from four different backgrounds. If you live in a hostel, you will relate to the series very much.

This SonyLIV series has two seasons. The first season deals with how the girls live in the new hostel. On the other hand, the second season focuses on them dealing with problems, for instance, stalkers, lack of water supply, etc. It would be best if you watched this series to explore their lives.

The name might be intriguing, but the series is much beyond that. It is more of a dark comedy and follows the story of Manish, a failed entrepreneur who falls into the trap of mistaken identity. He gets the task of killing a girl, a part of honor killing. This story comes with numerous twists and turns.

The show’s strength is its comedy, but it always keeps you on edge. The actors have delivered stupendous performances. SonyLIV premiered the show on 20 November 2020.

SonyLIV premiered this drama series on 23 July 2021. This show has seven episodes in a single season. The series revolves around five lives that are interconnected via the internet. It manages to expose the darker side of the internet.

The show is targeting the younger generation. The series was critically acclaimed and was released in four languages: Hindi, Telugu, Malayalam, and Tamil.

Previous article
Six Upcoming Movie Releases of 2022 Which You Should Definitely Watch
Next article
I am not done yet Review: Kapil Sharma stand-up special is exclusive for his die-hard admirers.
Flickonclick

If you love new movies and Web Series then Amazon Prime brings some fresh web series content every...
Entertainment