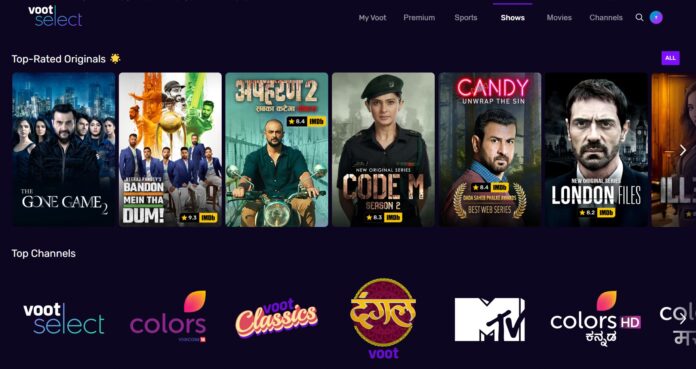 Voot Select has quickly become one of the most trending OTT platforms in India, with quality content that has caught the eyes of viewers. Shows like Code M, Apaharan, and The Gone Game have Voot established its significance as a streaming service among the giants like Netflix, Amazon Prime and Disney+ Hotstar in India. The best Voot web series will make you talk and discuss their turn of events for hours with your friends and family. Voot has a rich variety of both English and Hindi web series to keep people entertained for long hours. Don’t be disappointed if you do not speak or write English or Hindi cause there are series and movies in other popular regional languages like Tamil, Telugu, Kannada, and more available on this streaming platform. 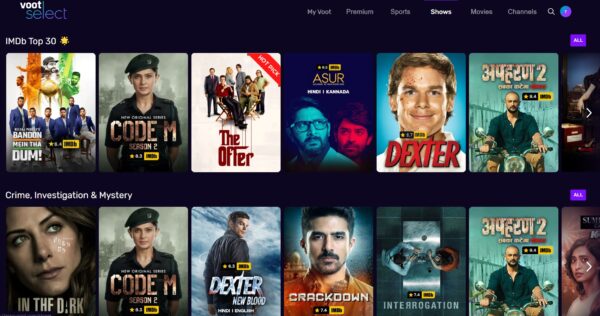 Voot Select, owned by Viacom18, will cost you just Rs 299 for a year of subscription to all the shows, films, live reality tv series and sports events. You will be pleasantly surprised to know that Viacom18 has acquired the IPL rights for digital streaming of the matches starting from 2022. Most possibly, Voot will telecast those games, and this might be the perfect time to grab the subscription to this platform to avoid high costs in the upcoming months. Now, let’s shift the focus back to the web series on Voot Select in India. Without further adieu, let’s directly get into the list.

The Gone Game is one of the most hyped series to stream on Voot right now. It features an ensemble cast including Sanjay Kapoor, Shweta Tripathi and Arjun Mathur. The show is a treat for mystery and thriller lovers. Those who like to be involved in slow-burning dramas will definitely be fascinated by the events that unfold in this must-watch show. This Hindi web series on Voot has left international shows like Liar, Halo and The Offer in the dust.

Asur was the breakthrough web series for Voot. It helped Viacom18’s streaming service establish its presence as one of the premium platforms among the likes of Netflix, Amazon Prime and more. The show stars Arshad Warsi and Barun Sobti in lead roles. It was critically praised and hailed by audiences eagerly waiting for one of the best Voot web series to drop its second season.

3- Super Pumped: The Battle for Uber

This show, inspired by actual events, stars Joseph Gordon-Levitt as Travis Kalanick, the CEO of one of the biggest transport companies in the world, Uber. You will be enthralled by the difficulties and challenges that Uber had to face to become one of the market leaders globally in the transportation industry. The web series is already labelled as classic and one of those series that will definitely generate a cult following in the upcoming years.

Directed by Neeraj Pandey, this documentary chronicles the historic win of the Indian Test cricket team against Australia at their fortress Gabba. The events narrated by Indian cricketers who championed the historic win will make you pumped up if you love your country and obviously cricket. The tale of an inexperienced side triumphing over the giants like Kangaroos will evoke all kinds of emotions and feelings for sure. This Voot documentary is a must-watch.

Sounds like a foreign show from the name, isn’t it? However, it’s one of the best Hindi web series streaming on Voot right now. It has been credited with the Dada Saheb Phalke Awards for the best web series. It stars Ronit Roy and Richa Chaddha in lead roles. The edge-of-the-seat thriller will send you on a binge-watch journey as you will be compelled to watch the story of a crooked cop forming an alliance with an agonized teacher to solve a dehumanizing mystery.

Also Read: Upcoming Bollywood Movies in 2022 that will Keep You Engaged and Entertained

Aprahan is one of the first Voot originals that went viral on social media. If you are on social media, you must remember the hilarious memes that came out of this show. It follows a cop who is enticed by a woman to kidnap her daughter in order to extort money. However, things are not as simple as they seem to be as he gets entangled in something which he did not ask for. The show is available to stream on ALTBalaji.

This recently released Voot select web series stars Arjun Rampal as a troubled investigative officer. He is a homicide specialist and reluctantly finds himself dragged into a mysterious case which makes him question his own sanity. Will he be able to deal with everything and come out victorious in the end? Watch this series right now on Voot to know the answer. We promise you will thank us for suggesting you this web series.

The hot and sexy Neha Sharma stars in legal drama. The show is not your ordinary legal drama. It takes a unique tone with its narrative and pits a woman lawyer in the midst of crime and justice that is billed by the hour. You will be fascinated by its concept as we don’t think there are other web series on any OTT platforms with this kind of storyline. The show also brought back the actress Neha Sharma into the limelight.

A hot tale of betrayal, love and sex is all you need to engage in some guilty pleasure. Released just a few months ago, Aadha Ishq is a love triangle that spawns over a quite of time. The series is a sensual drama which you may like to watch alone with popcorn and chips by your side. What happens when a mother and daughter fall in love with the same person? Sounds interesting? Find out by streaming one of the best web series on Voot Select.

The famous television actress Jennifer Winget plays the lead as Major Monica in this web series that has become highly popular. She champions the show on her shoulders and uplifts the narrative with her stellar performance. The show has an interesting premise in which a female Major goes on the hunt for a criminal who planned an assassination attempt on the Deputy CM of the state. It is also available to stream on SonyLIV.

Gagan Arora who rose to stardom with his portrayal as a Bagga in the web series College Romance...