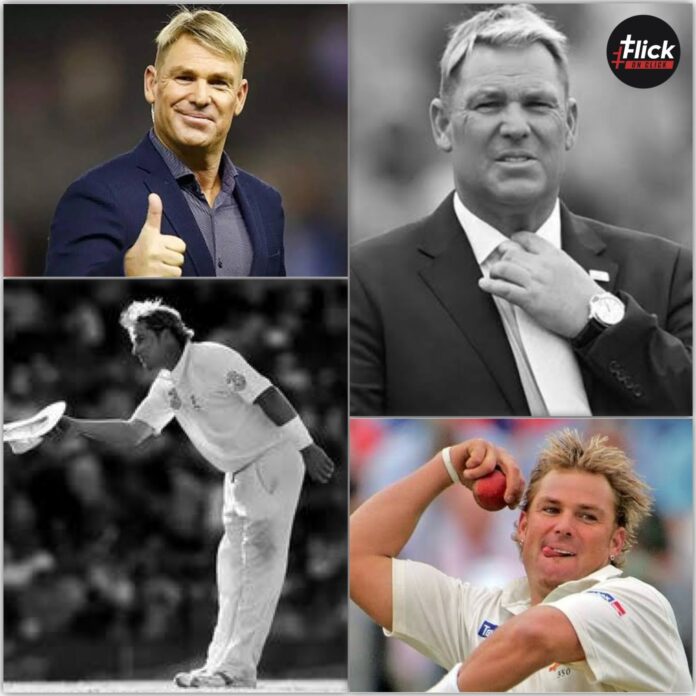 Australia’s spin hero Shane Warne died on Friday at the age of 52, leaving the cricket world in a state of sorrow. Warne’s management issued a brief notice stating that he had a heart emergency in Thailand.

Despite the best efforts of the medical professionals on the scene, He was unable to be brought back to life. Warne, who was loved by fans and athletes all around the world, Shane Warne was a valuable asset to cricket. In the 339 international games he played in, he took 1001 wickets. His illustrious career spanned more than a decade. As a result, earning him the reputation of being the best spinner Australia had ever seen. Shane Warne Known affectionately as ‘Warnie,’ the leg spinner had a remarkable career while bowling for Australia. After retiring, he continued to be a popular personality, establishing a successful media career as a pundit and expert.

Warne was a part of Australia’s ODI World Cup-winning side in 1999, and he also performed important roles in the league’s five Ashes titles between 1993 and 2003.

Following his retirement, Warne famously captained and coached the Rajasthan Royals to fairy-tale title success in the opening season of the Indian Premier League (IPL) in 2008.

The news of his death has shocked the sports universe, with cricketers from all over the world voicing their grief. On social media, tributes have been flooding in.

Let’s have a look at the grievances shown by the cricketers after Shane Warne demise:

Life is so fickle and unpredictable. I cannot process the passing of this great of our sport and also a person I got to know off the field. RIP #goat. Greatest to turn the cricket ball. pic.twitter.com/YtOkiBM53q

Cannot believe it.
One of the greatest spinners, the man who made spin cool, superstar Shane Warne is no more.
Life is very fragile, but this is very difficult to fathom. My heartfelt condolences to his family, friends and fans all around the world. pic.twitter.com/f7FUzZBaYX

The global cricketing community is poorer today with the passing away of Australian great Shane Warne. The BCCI mourns the loss of the champion cricketer who enriched the game with his craft. pic.twitter.com/ZXiRUTr5eJ

It's no secret that cricket betting apps are becoming very popular nowadays. So let's look at what is...
Entertainment

Finding a good cricket movie to stream can be an arduous task with only a handful of films...
News

Team Affiliates, a 16-member squad of young, determined professionals, is going to participate in the upcoming iFest 2022....
Entertainment

There would hardly be any person in India who doesn’t know about MS Dhoni. He has a huge...
Offers

In the recent ten years, India's startup culture has evolved tremendously. Many large investors from all over the...
IPL

The much-awaited auction of the Indian Premier League (IPL 2021)took place last week with a lot of suspense...
Offers

Although cricket is not the national sport of our country, it most definitely brings all our hearts together...