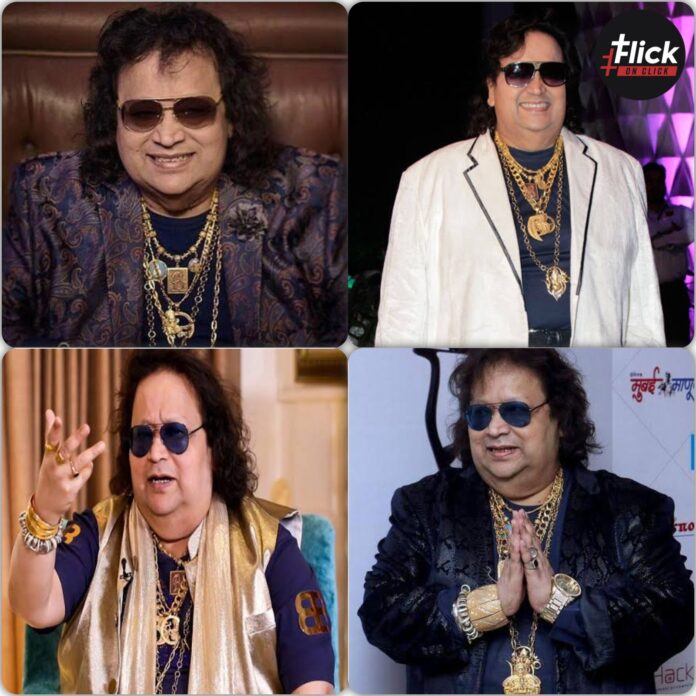 Bappi Lahiri, the singer-composer who pioneered disco songs in Indian movies in the 1980s and 1990s, expired on Wednesday at Mumbai’s CritiCare Hospital, after suffering from several health difficulties, according to a doctor who was treating him. He was 69 years old When he waves Goodbye and makes his way towards Paradise.

Dr. Deepak Namjoshi, who was in charge of his recuperation at the hospital, stated that “He had been in the hospital for a month and was released on Monday. However, his condition deteriorated on Tuesday, and his family requested that a doctor come to their home, after which he was sent to the hospital. He was suffering from several medical concerns. He died yesterday night as a result of OSA (obstructive sleep apnea).

The singer’s most recent on-screen appearance was alongside Salman Khan on Bigg Boss 15, when he was presenting his grandchild Swastik’s latest single Baccha Party.

The musician was taken to Mumbai’s Breach Candy Medical Hospital in April of last year after samples were positive for Covid. After a few days, he healed.

Significantly, Lahiri was well-known for his signature gold chains and goggles, which he frequently wore in public.

How did Bappi Lahiri get Famous for his Songs?

Bappi da, as he was affectionately known, he is nationally famous for his popular songs as well as for his obsession with gold. Bappi Lahiri was considered as the Disco King of Hindi songs in the 1980s and 1990s. Moreover he is best known for his compositions for movies/blockbusters such as  Dance Dance, Namak Halaal, and Disco Dancer. Suraksha, a movie featuring  Jagdeep, Ranjeeta, Aruna Irani, Jeevan, Iftekhar, and Mithun Chakraborty. It was conceived as a detective thriller.

Another old favorite Music by Lahiri, performed in the movie Saaheb. S Janaki and Lahiri performed on the track.

Who can resist the tracks from the film Disco Dancer, starring Mithun Chakraborty? Bappi Da’s track ‘Yaad Aa Raha Hai’ is one of his greatest hits of all time.

This famous single from the Sanjay Dutt movie Thandedar features the vocals of Anuradha Paudwal and Bappi Lahiri. Frequently, It was also remade for the movie Badrinath Ki Dulahiya, featuring Alia Bhatt and Varun Dhawan.

I am Disco Dancer, Bappi Lahiri’s famous tune became a tremendous success and became connected with Mithun Chakraborty and his singing and dancing approach. However, Vijay Benedict performed the song.

Lahiri rose to international prominence with his chart-topping soundtrack for Disco Dancer and the tune Jimmy, Jimmy, Aaja, Aaja.

Read More: Lata Mangeshkar Special: Achievements of The Legend That You Should Know

Previous articleUpdated COVID Guidelines For Noida: Things You Should Know
Next articleKia Carens: Everything You Need To Know About The Newly Launched Four Wheeler
Udit Arora

Are you a follower of the talented singer Anuv Jain? Have you heard the Baarishein song? Worry not...
Lifestyle

No compromise on basic amenities provided to the celebrities and effective crowd management security are two of the...
Entertainment

Krishnakumar Kunnath, fondly referred to by his initials KK recently passed away due to a cardiac arrest suffered...
Talent

B Praak (previously Prakky B) is an Indian singer and music director. He is most known for his...
Talent

Indian Music Industry is blessed with so many talented musicians that their melodious voices will take you on...