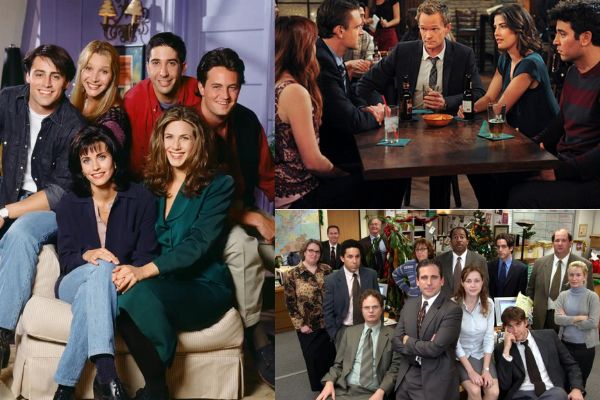 What was the first international TV series that you watched? You must clearly remember the show because of its unique setting, plot and storyline that are obviously different from conventional Indian TV serials. Now don’t go on imagining Tom and Jerry cause that’s what we are not talking about here. On a different note, we actually do admire your taste if that crossed your mind. However, the world will not forgive us if we include a cartoon in the list of the most famous television series of all time. So, what we can do? With a heavy heart, we have to act like adults here. 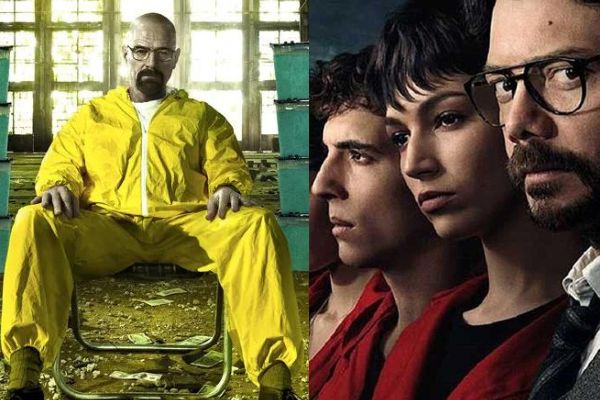 Coming back to the topic, Do you remember the first international show you watched on your television, on your first phone, or illegally on your PC via third-party websites? Well, we certainly do remember our first time. Rings a bell, doesn’t it? Now now calm down your horses, and don’t go on getting lost in that first time that just brought a smirk on your face. We are onto something special here. We guess now is the time to let loose the content we have been building for. Tighten your belts of emotion cause they are surely gonna come flooding in with this list of the most popular television series of all time.

Here are the 10 Most Famous International Television Series of all time:

Just pack your bags and get out of here if you haven’t heard of this most popular sitcom of all time. Even though we need you to stay on our website but we can’t forgive someone who just doesn’t know about this legendary show that is still making waves on OTT platforms. Starring Mathew Peery, Courteney Cox, Jennifer Aniston, Lisa Kudrow, Matt LeBlanc and David Schwimmer is by default the biggest show ever in the history of television. It ran for ten seasons and followed the lives of six reckless friends in Manhattan.

“Say my name”, says Walter from Breaking Bad in one of the most iconic scenes ever filmed for a tv series. We had to say the name of this show in the list as it is one of the most-hyped slow-burning thrillers ever in history. Breaking Bad is an amazing show with a fantastic storyline and fascinating and stellar cast. It is the top-rated show on IMDB, and rightly so. Breaking Bad follows a terminally ill professor who gets entangled in the meth-making business. People loved the dynamic between Walter and Jesse in this series that became a phenomenon all over the world.

We know; we know the climax ruined it for all of us. Well, but that can’t negate the fun we had watching this HBO original for eight seasons of fantastical adventure. For some Indians, it also served as guilty pressure due to the abundant hot and steamy scenes that this series included. Nevertheless, Game of Thrones is an epic adventure show that definitely deserves a watch. You might not have watched it yet, but we can guarantee that you have heard of it. It has an ensemble cast which includes Kit Harington, Emilia Clarke, Peter Dinklage and more.

4- How I Met Your Mother

The reasons that made this show one of the most famous television series ever- Barney Stinson, played by Neil Patrick Harris; that’s it end of the list. The epic womanizer from  HIMYM is a fan favourite. While always playing macho in front of his friends, he has his own deep insecurities. It is one of those shows where a character became much more popular than the show itself. Only one way to describe it- Legend, wait for it………….. Dary, Legendary.

The Office is one of those shows that will require a certain amount of time before you actually start to relish the characters and unique way of storytelling. This cult classic show has spawned thousands of memes on the internet. Steve Carell, Rainn Wilson, John Krasinki and Jeena Fischer are still more popularly known as their character names from this series. A truly legendary television series that you need to watch asap if you still haven’t.

Money Heist was a forgotten Spanish television series before it made its debut on Netflix. The series exploded, and people loved the meticulous Professor played by Alvaro Morte. The show-makers were pleasantly surprised by the huge reaction that they received from all over the world. It was renewed for three blockbuster seasons and, to this day, remains one of the most watched series on Netflix. The bank heist, thrill and tension made it an exciting watch that always keeps the viewers on edge.

The Wire is the peak of a crime drama. The beautifully structured story is still regarded as the most relevant story ever produced and directed in television series history. The Wire’s loyal fan base keeps growing every year due to its great plot that explores the vices of an entire city. From the drug cartels to law enforcement to personal problems, the range of this show is just unmatched. Moreover, Dominic West as James McNulty is one of the most charming characters ever on television.

The Big Bang Theory is one of the most famous television series ever, and no one can tell us otherwise. We all loved the quirky adventures of Sheldon, Penny, Leonard, Howard and Raj in this endearing show. The series was unique in its approach, making it one of the most watched shows ever. The Big Bang Theory is relatable on so many levels that you might get astounded. Finally, go and give it a watch if you haven’t. You won’t be disappointed we can guarantee you that.

You must be cursing us for pointing fingers at you in the beginning for reminiscing about Tom and Jerry. Well, we have a pretty good explanation to support the inclusion of The Family Guy in the list of most famous television series ever. First of all, this animated show is not your regular cartoon. It is much more than that. Actually, you may need parental permission to stream this show due to the number of vulgar jokes this show possesses. However, if you are over 18, you should watch this as it is a unique experience you will never forget. The adventures of the Griffin family are just too much fun to miss out on.

Last but not least is The Simpsons. An iconic series that is famous for predicting future events. The uncanny resemblance of quite a few scenes of this show to the future events has made fans question whether a time traveller writes the story for the show. On a different note, the show is brilliant in its take on the real world, and you will find yourself resonating with many aspects of this series.

TVF released a new mini-series – TVF Aspirants, a month ago and it has already won millions of...
Offers

Black Friday is once again upon us and this is the most awaited day when money will be...
Entertainment

Sarabhai vs Sarabhai is one of the finest TV series of all time. For two years, every member...
Entertainment