Gangubai Kathiawadi, created by Sanjay Leela Bhansali and starring Alia Bhatt in the prominent role, has finally been released on the OTT service.

The movie is available to stream on Netflix two months after its theatrical release. The film was a hit at the box office, with more than ₹195 crores earned on a budget of ₹150 crores. The critics and audiences also praised the film for its authenticity and Alia’s excellent acting skills.

Gangubai Kathiawadi is based on the book named The Mafia Queens of Mumbai written by Hussain Zaidi.

The Gangubai Kathiawadi makers had been releasing many behind the scenes videos of the film to hype up the OTT release on Netflix. Here are some of those clips: 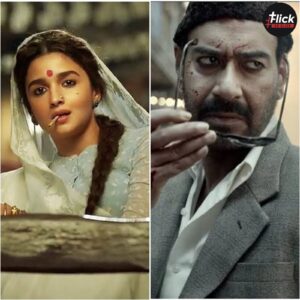 Gangubai Kathiwadi is based on the story of a young girl tricked by her boyfriend into leaving her hometown and arriving in the big city of Mumbai. She hoped to start her film career in the city of dreams.

However, everything comes crashing down when she realises the reality and finds herself left alone on her own in a strange city. She is then lured into the world of the underworld, where she ultimately rises as one of the mafia leaders.

People who missed out on witnessing the compelling storyline of Gangubai Kathiawadi in the theatres now have the chance to view it from the comfort of their homes on the OTT service, Netlfix.

Previous article
The Gray Man: Dhanush looks ferocious in his next Hollywood Premiere
Next article
Loved KGF 2? Here Are 5 Similar Movies Like KGF To Watch This Weekend
Virat Verma

"Friends" does not include superpowers, but it does include what may be called amazingly and it does it...
Entertainment